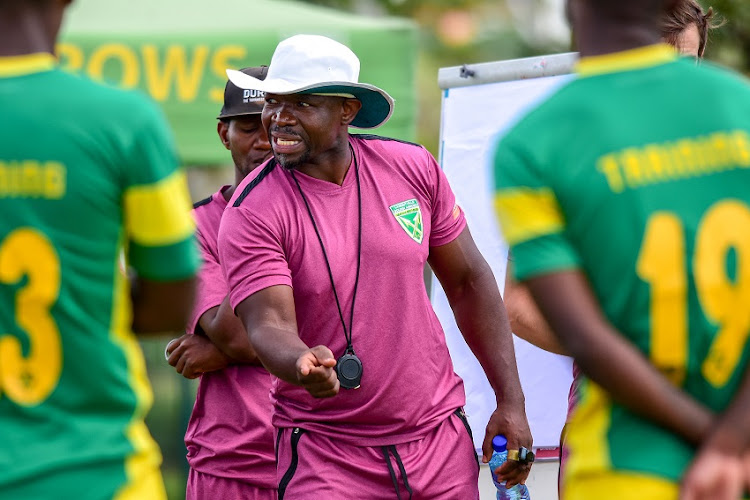 Former school teacher Steve Komphela says he would not give himself a pass mark for his results since taking over at Lamontville Golden Arrows‚ even though the team are now challenging for the top eight spot and will play at the end of the month in the Nedbank Cup quarter-finals.

A last-gasp effort from substitute Wayde Jooste handed Arrows a snatch-and-grab win away at Baroka FC in Polokwane on Wednesday night and propelled the side to within touching distance of the top eight.

But it was only their third win in nine league games since Komphela took over just after Christmas following the sacking of Clinton Larsen.

“It is not a good record if you are ambitious‚” said the candid Komphela.

“Three out of nine is not a pass mark. At least have four and a half or five.

“But again‚ based on circumstances‚ look you’ve got to be gracious because God won’t even give you a point.

Komphela has also had two other wins in the Nedbank Cup‚ both away against lower opposition.

It has set up a quarterfinal clash away against Bloemfontein Celtic on Saturday‚ 30 March.

Komphela rested goalkeeper Nkosingphile Gumede and striker Lerato Lamola‚ who both had three yellow cards‚ to avoid them picking up fourth cautions and earning unwanted suspensions for the cup tie.

But he is now likely to be without Velemseni Ndwandwe‚ who received a vicious kick on the leg from Baroka’s tempestuous teenage midfielder Goodman Mosele.

Ndwandwe had just returned to action after six months on the sidelines with shin splints.

Komphela railed against the fact referee Thando Ndzandzeka did not send Mosele off for the brutal kick.

“These people are suppose to protect the players‚” he said.