Why Bafana Bafana are facing a grueling 21-hour logistical nightmare 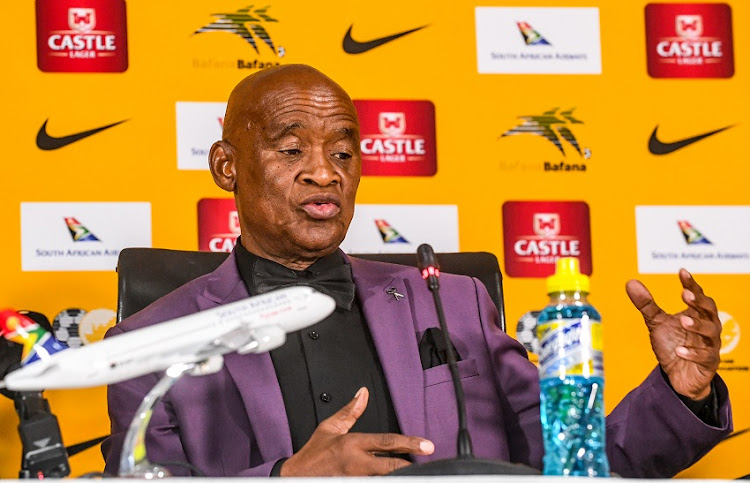 Bafana Bafana face a potentially grueling 21-hour trip to get to Sfax in Tunisia when they depart on Saturday for their huge 2019 Africa Cup of Nations qualifier to be played there against Libya.

Bafana need a draw from the Group E game on Sunday‚ March 24 to qualify for Egypt 2019 in June and July‚ and Libya need a win.

Team manager Barney Kujane has faced the equivalent of a Sudoku puzzle coordinating the travel of the South African and European-based players‚ and those of Orlando Pirates and Mamelodi Sundowns‚ who are playing away Caf Champions League matches.

Players travelling from South Africa have two options‚ still to be finalised.

Both involve a 10-hour SAA flight to Frankfurt.

One option then is a two-hour Lufthansa connection to Tunis‚ leaving at 9am.

Then the team has two further options – either a short charter flight to Sfax‚ or a three-and-a-half hour‚ 300-kilometre bus ride.

Another option is a charter flight from Frankfurt to Sfax.

“I have just been talking to the CEO [Russell Paul]. We have not come to a finalisation on that‚” Kujane said on Tuesday evening.

“Maybe [on Wednesday] we will have a decision.”

Kujane then needs to factor in the seven European-based players.

Given there is no camp in SA‚ allowing Bafana maximum time to prepare in Tunisia‚ they will not travel home first and can join the team in Frankfurt.

Or they can fly to Paris‚ then join the squad in Tunisia with a direct flight to Sfax.

Some of those players‚ however‚ have club fixtures to honour on Sunday.

Another dimension is that Pirates meet Horoya FC in Conakry‚ Guinea in their final Champions League Group B game‚ and Sundowns play Wydad Casablanca in Rabat‚ Morocco in Group A‚ both on Saturday.

The two Pirates players can fly from Conakry to Morocco‚ join the five Sundowns players‚ and then all fly to Tunis‚ then on to Sfax.

With this array of potential spanners in the logistical wheel‚ Kujane admitted this was one of the toughest trips he has had to plan for.

Bafana’s team manager had also wanted to conduct his routine fact-finding mission in February‚ but could not as Libya delayed naming the final venue until deadline day.

“It is one of the most difficult trips that I have organised‚” Kujane said.

“But‚ you know‚ this facility inspection that the association allows me helps me because when you are there‚ you can see which way will be the best to travel.

“For instance travelling to Cape Verde [for a 2018 World Cup qualifier] was more difficult‚ and that’s why we used a direct charter flight.”

Kujane said a big factor helping Bafana is that the Premier Soccer League postponed their fixtures this weekend.

“And also with the game scheduled for the 24th – when it could have been the 22nd – that gives us a seven-day camp in Tunisia‚ which we would not normally even have for a game in South Africa.”

Libya have to play in neighbouring Tunisia due to the unstable security situation in their county.