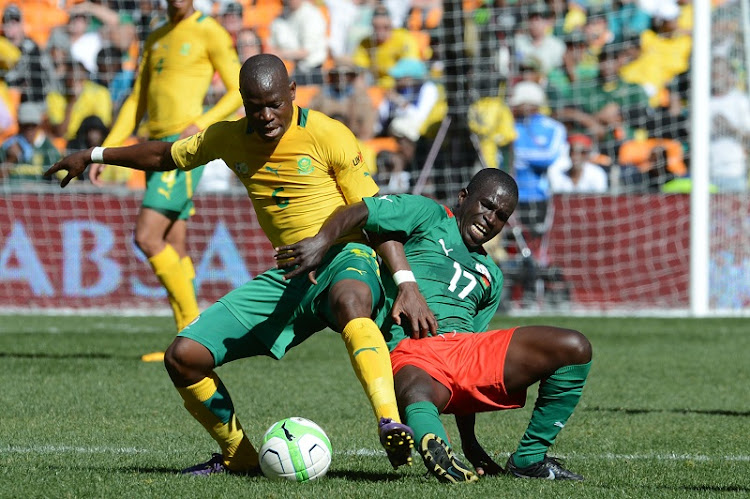 By his own admission, Stuart Baxter had a difficult task selecting Bafana Bafana's squad to take on Libya in their final Africa Cup of Nations qualifier next weekend.

The coach must have spent some time scratching his head on who to include or leave out - what with his favourites Kamohelo Mokotjo, Dean Furman, Bongani Zungu and Keagan Dolly having returned to action after missing the last outing against Nigeria in November.

But Baxter's headache is about to be even more compounded when having to select his matchday squad of 18 players, and then the starting XI, for the match in Sfax, Tunisia, on March 24.

Selection will have to be precise for a match that Bafana do not necessarily have to win to secure a ticket to the Nations Cup finals in Egypt later this year.

Kaizer Chiefs goalkeeper Bruce Bvuma is not likely to feature for Bafana Bafana in the crunch African Nations Cup qualifier against Libya on March ...
Sport
3 years ago

But matchday selection has not always been Baxter's strongest of points.

A look at his central midfield from the squad named on Monday tells us he has five players competing for two starting berths: Furman, Mokotjo, Zungu, as well as the Mamelodi Sundowns duo of Hlompho Kekana and Tiyani Mabunda.

Knowing Baxter, he will almost certainly not hesitate to turn to the combination he most trusts, that of Furman and Zungu, with Mokotjo also probably in the reckoning.

This then brings me to Kekana and Mabunda. They played a full game in the 1-1 draw against Nigeria at FNB Stadium, but might now have to - at best - settle for a place on the bench; at worst, in the stands. If that does happen, it would be the case of another Baxter selection defying logic.

The continued selection of Kekana, in particular, is most curious given that he turns 34 in May. A selfless player like Kekana cannot be picked to sit on the bench, as was the case in the previous qualifiers against Seychelles back in October.

The impression is that he played against Nigeria only because Baxter's known favourites were unavailable due to injury.

Treating a senior player like Kekana in this manner, whose stats this season belie his age, is disrespectful.

For Kekana to give so much and then have to play second fiddle to players only returning from long-term injury would be scandalous.

If Baxter has no intention of fielding the 33-year-old from the start next weekend, there's no point selecting him. A younger midfielder - Teboho Mokoena, for instance - could have been picked instead.

Yet this is a match that precisely requires men of steel, such as Kekana, for SA to avoid defeat and make the continental finals.

The ball is entirely in Baxter's court, but the presence of his supposed darlings might mean there's no place for the most consistent player in SA for the past five seasons.