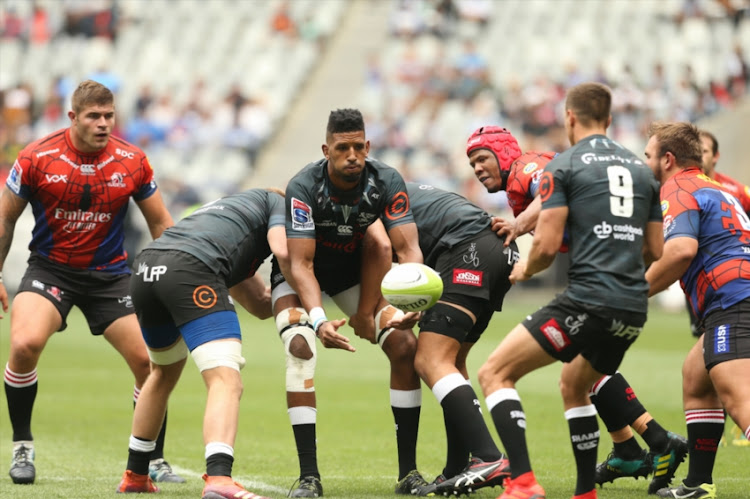 Sharks lock Hyron Andrews may be getting better at his craft but knows that improvement will make him an even better player for his team.

Andrews had a reasonable outing for his franchise against the Stormers on Saturday but they ended up on the wrong side of what was an utterly forgettable fixture.

The Stormers won the ugly South African derby 16-11 but neither side covered themselves in glory.

The Sharks are generally slow starts but the ragged Stormers dragged them into a mud-fight they couldn't get out of through the 80 turgid minutes at King's Park on Saturday afternoon.

“There's always something to improve on‚" Andrews said.

"We as a squad challenge each other and we were very hard on each other in terms of how we played and we don't take it personally.

"We are tough on each other when we make mistakes.

"It's a brother saying to you: 'You made a mistake there and we just have to get back at it'. We always teach each other and that makes this group very special.

“We look at our game‚ we look at what we did wrong‚ look where we can improve and get back to the job at hand.

The Sharks had won their two opening games against the Sunwolves and the Blues before slipping up against their coastal rivals.

It was the kind of loss that also reminded the Sharks of their latent inconsistency that tends to creep up when it's least expected.

Having seen off the Sunwolves and the Blues in manners that didn't quite raise any alarms‚ they couldn't quite fend off the Stormers' threat.

With the Bulls looming at Loftus Versfeld on Saturday‚ the Sharks and Andrews‚ in particular‚ will have to be better.

With the Sharks unable to ward off a Stormers pack that was bristling with Bok talent‚ the Bulls pack that was ably marshalled by Duane Vermeulen will examine the Durban side's forwards.

Andrews said their loss to the Stormers was disappointing but they'll come back stronger for the Bulls.

“It was a very disappointing loss and our accuracy let us down big time.

"In the first two games‚ we had a very good set-piece and we could get going.

"Our set-piece let us down and we've been hard at work this week to rectify that matter‚” Andrews said.