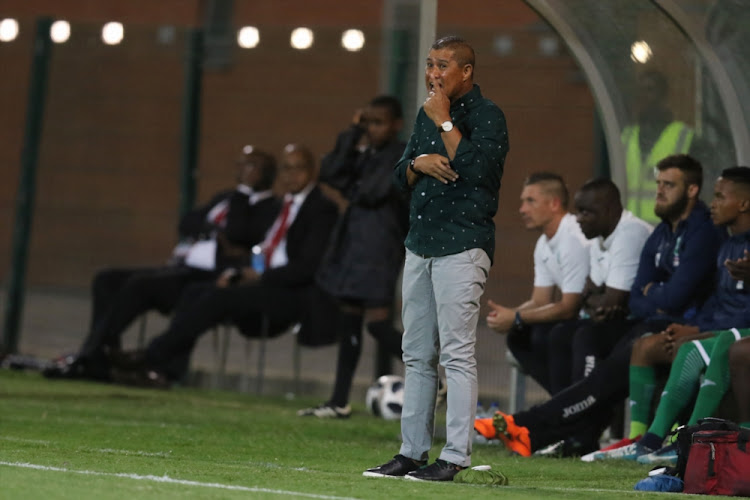 AmaZulu coach Cavin Johnson says it is top place or bust for him‚ so attempting to forge a top eight finish this season is of no significance.

AmaZulu‚ who have overcome a six-point handicap‚ now sit in 11th position in the Premier Soccer League standings‚ four points clear of the relegation zone and six off a place in the top eight with nine games left to play.

But this is of little concern to Johnson who says: “It is something I have been against‚ and this is my personal opinion‚ that if I can’t make the top place then [position] two‚ three‚ four‚ five‚ 12 is all the same.

“That’s my mentality. If I don’t win it‚ then if you come fifth you might as well come 11th.

“I was once was runner-up in the league‚” he said of second place with previous club Platinum Stars in the 2012-13 season‚ “but it might as well have been 13th place‚ it was the same thing.

“I believe that if I can’t make number one‚ what’s the use of making top eight.

“It’s just how I feel – when we play for the league‚ I want to win the league.”

But Johnson did concede that he would like to qualify to play in African club competition next season‚ which would require his side to finish in the top three.

“I do appreciate Africa and if I could I’d like to play there every year because we are not as strong as we think we are in those competitions‚” he said of South African clubs’ performance in the annual Caf Champions League and Confederation Cup.

Johnson’s AmaZulu‚ fresh from a 4-1 hiding at Orlando Pirates last Saturday‚ are away at Maritzburg United on Friday night.