Calls for keeper Mbatha to get Bafana shot mount 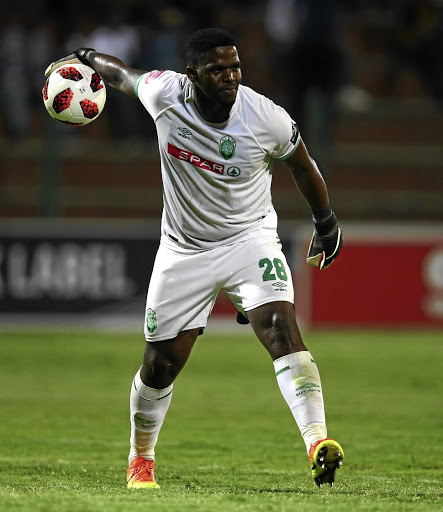 As much as he's proud of his goalkeeper Siyabonga Mbatha's impressive recent form, AmaZulu mentor Cavin Johnson feels it would be wrong of him to comment on whether his charge deserves a Bafana Bafana call-up.

With recognised No1 Itumeleng Khune of Kaizer Chiefs out with a shoulder injury, Darren Keet of Bidvest Wits and SuperSport United's Ronwen Williams are the obvious choices in goal for Bafana for the all-important Africa Cup of Nations qualifier against Libya next month.

But the spot for a third shot-stopper is up for grabs ahead of the clash where Bafana only need avoid defeat to qualify for the Afcon finals in Egypt from June 21-July 19.

After his top-drawer display in many of AmaZulu's matches this season, especially in the last two against Mamelodi Sundowns (a 2-0 win) and Cape Town City (where they won 1-0 after he saved a penalty), many think Mbatha is ready for national team duty.

"He [Mbatha] has done it [kept a clean sheet] twice in a row but he can get better. My analysis... he's done well for this club but for me to say so and so needs to be in the national team, I think it's not good," Johnson said.

"As my goalkeeper, in different situations he's performed very well... saving penalties and clear cut chances in one- versus-one moments. It's for the Bafana selectors to have a look and understand what type of game they'll play.If they need Siya [Mbatha], we always appreciate that."