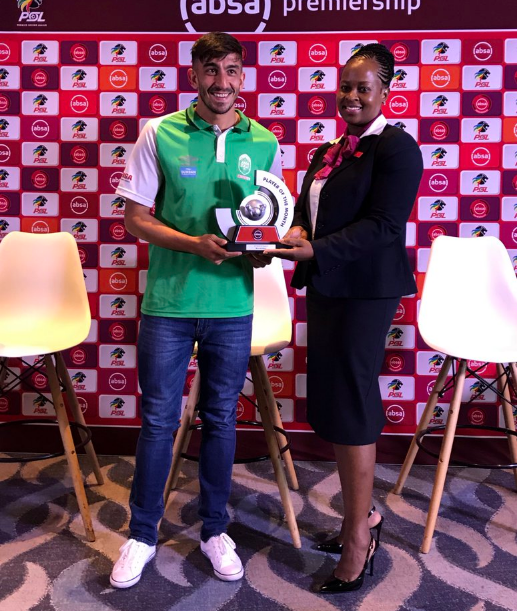 AmaZulu recent upsurge in form was rewarded when Cavin Johnson and attacking midfielder Emiliano Tade were named the Absa Premiership coach and player of the month for November and December on Wednesday.

Johnson‚ who has won the award previously during his time with now defunct Platinum Stars‚ and Tade helped Usuthu to an impressive run where they amassed ten points from a possible twelve.

In this period‚ Johnson guided AmaZulu to back-to-back away victories over Highlands Park (2-1)‚ Chippa United (1-0) and Bloemfontein Celtic (3-0).

They also played to a goalless draw against a competitive Polokwane City.

Tade has been rewarded for his consistent run where he scored three crucial goals.

He was voted ahead of teammate Siyabonga Mbatha‚ the Pirates duo of Justin Shonga and Thembinkosi Lorch‚ and Cape Town City forward Ayanda Patosi.

Johnson and Tade will each receive R5 000.