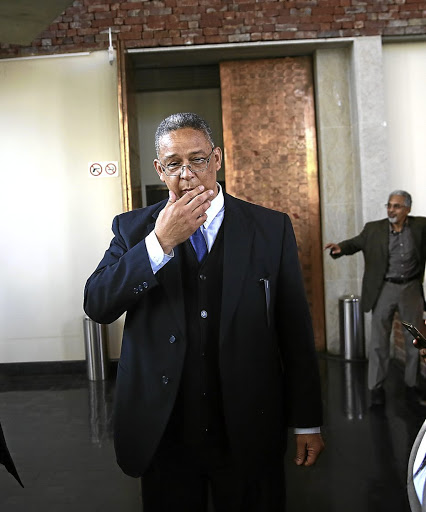 Robert McBride has accused parliament's police committee that endorsed the decision by police minister Bheki Cele not to renew his contract of being politically biased.

Yesterday, the committee adopted a report that sealed McBride's fate as head of the Independent Police Investigative Directorate (Ipid), citing the breakdown of relations between Cele and McBride.

But McBride immediately fought back by filing papers in the North Gauteng High Court to have his contract extended.

In his court papers, McBride argued that members of the committee made several statements quoted in the media which clearly showed their bias and that they had already made their decision that he should go before considering the facts.

McBride quoted other MPs including committee chairperson Francois Beukman. "In the light of the above, I had serious concerns that certain members, including the chairperson and other members on the committee were biased and politically influenced; did not exercise an open mind in taking the decision on my reappointment; and were not acting lawfully and rationally, in compliance with their constitutional and statutory duties."

ANC MPs back Bheki Cele in his battle against Robert McBride

ANC MPs have thrown their weight behind police minister Bheki Cele in his bitter battle  not to renew the contract of Independent Police ...
News
2 years ago

McBride said over the past five years, Ipid had become a highly effective and independent institution. "I also have a genuine concern that change in the leadership of Ipid at this stage, or the minister's appointment of an acting executive director, would threaten important and politically sensitive investigations that are ongoing."

McBride dismissed Cele's argument before the committee that his retention would have a negative impact on the public perception of Ipid.

In January, Cele wrote to McBride informing him that his contract would not be renewed or extended when it expired at the end of February. McBride then filed an urgent application, asking the high court in Pretoria to declare Cele's decision as "unconstitutional, unlawful and invalid".

The court granted an interim order that Cele's decision must still be confirmed or rejected by the portfolio committee.

"It is clear in the judgment of the Constitutional Court that this is not allowed. . any decision by a political actor on the renewal and non-renewal of the term of office of the head of a body that needs to have strong independence [such as Ipid] is unconstitutional and unlawful."

McBride's lawyer Thando Manentsa said his client was disappointed with the committee's decision and was now focused on reviewing this in court.

"In theory he is not an Ipid employee from tomorrow. I would imagine that he would not be reporting to work, his contract has come to an end."

Robert McBride has until 28 February as head of the Ipid.
News
2 years ago
Next Article