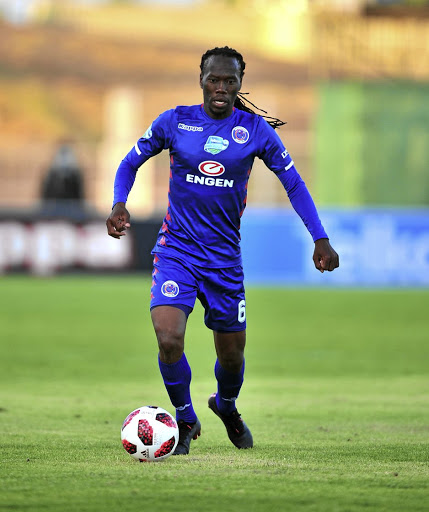 SuperSport United veteran Reneilwe Letsholonyane concedes that their season has been underwhelming.

Since his arrival at the Tshwane club in 2016, Letsholonyane has been accustomed to winning trophies.

In his first season, the club clinched the Nedbank Cup and followed that up with the MTN8 title last season.

He was also involved in their inspiring run in the CAF Confederation Cup where they lost in the final.

"Definitely it's a bad season because every season we have been reaching a final and winning a trophy," he said.

"This season we haven't won anything, we missed out on all the cups.

"Now what is left is the league and we are obviously fighting to compete."

Veteran midfielder Reneilwe Letsholonyane will not be given preferential treatment and will be judged like any other player when contract ...
Sport
3 years ago

Both clubs have had memorable battles over the years, the biggest of which was the
6-1 hammering Bucs suffered in 2016.

Earlier this season, the Buccaneers secured the bragging rights with a 3-1 victory in the league.

Yeye, as the 36-year-old is affectionately known, says past results count for nothing at this point. "That 6-1 is water under the bridge. We have played them a few times after that, so we don't even think about it.

"We're focusing on what's happening now and are not thinking about what happened a few years ago."

With SuperSport sixth in the title race with 29 points, their aim is to finish as high as possible in the table.

"In our remaining games we have a challenge to finish as high as we can in the league. The target is to be in the top-four," he explained.

"[In] other seasons the aim was to win a cup and finish within the top eight, but now we want to challenge and be in the top four."