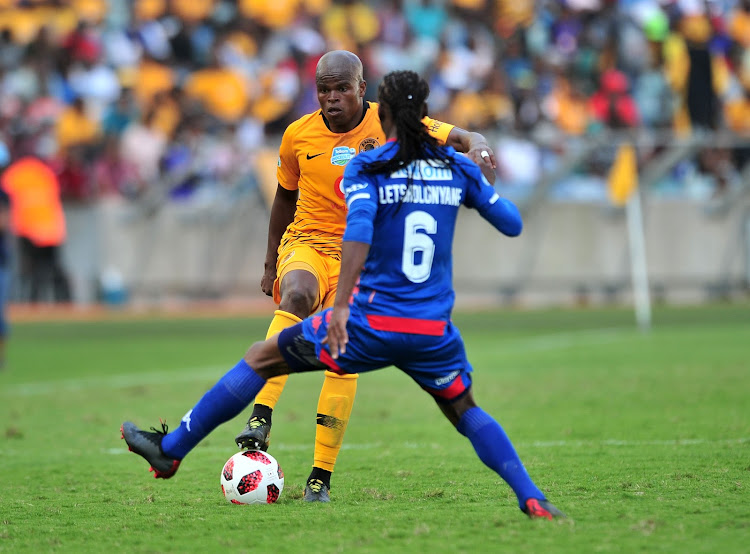 Veteran midfielder Reneilwe Letsholonyane will not be given preferential treatment and will be judged like any other player when contract negotiations begin at SuperSport United at the end of the season.

The three-year contract cycle that most players have been on since 2016 is coming to an end in July and director of football Stan Matthews said Letsholonyane and the other players will be judged on their performances on the field.

“The one who delivers on the pitch keeps his contract and at the end of the day Yeye (Letsholonyane) must make goals‚ score goals‚ play every week to be judged like every other player‚” said Matthews.

“I can’t make a call on him now but it will be a different story if we finish in the top six and he has featured in all the games.

"His long-term future is in his own hands.

"Defender Onismor Bhasera has been on the last year of his contract for the last three years and it was the same with Thabo September.

"Morgan Gould came to me three years ago with a six months contract and three years he is still there.”

“Kamohelo Mahlatsi has played more than 600 minutes of PSL football‚ Lungu has played over 700 minutes‚ Webber has played about 300 and Luke le Roux has played his first 90 minutes‚" Matthews said.

"We have a lot of good stuff happening at the club and you must also remember that Mbule‚ Mokoena and Modiba are all still under 23.”

Matthews also admitted that some of their performances this season have not been good enough and they must improve to ensure a top six finish at the end of the season.

“When you look at our performance against Black Leopards and against Cape Town City‚ you have to bluntly say that every single player in the club is at risk because we won’t accept those types of performances from players that are well looked after‚” he said.

“It is not reflective of who we are as a football club with the support and infrastructure that we have‚ we are under-performing.

"We don’t have unrealistic targets because I have told the players that I don’t expect them to win the league this year.

"I don’t care about the cups and I was very clear on that‚ but we expect them to finish in the top six.

"We expect that next year we will be closer to the top four and we are prepared to be patient and underachieve a little bit this year to build that.”

Black Leopards’ coach Dylan Ker is hoping for a positive reaction from his players to their drubbing in Bloemfontein on Sunday when they take on ...
Sport
2 years ago

Kaizer Chiefs legend Donald “Ace” Khuse has revealed that when he was first signed to play professional football for Orlando Pirates in 1983 he ...
Sport
2 years ago
Next Article