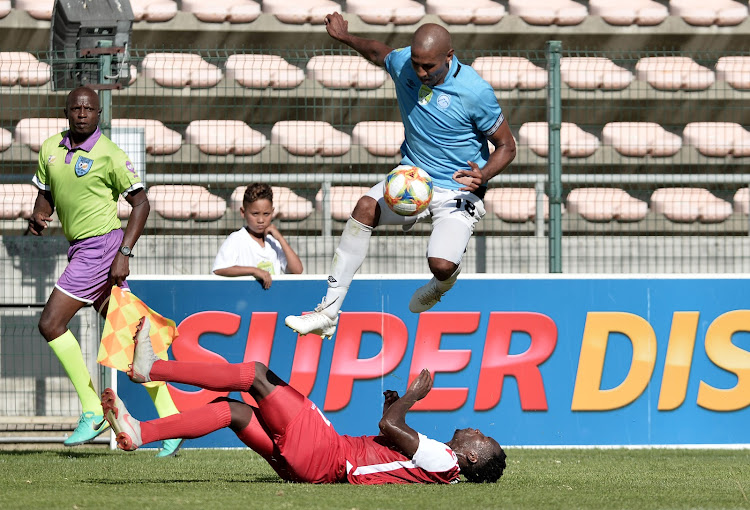 Cape Umoya United became the first name into the Nedbank Cup quarterfinals after they defeated fellow National First Division side Mbombela United 4-2 on penalties following a 0-0 draw at the Athlone Stadium on Friday afternoon.

In a game of few chances, the best fell to Dominic Isaacs side and the former Kaizer Chiefs defender was able to breathe a sigh of relief as his side won through to the next stage.

There were chances in the game, but not enough over the 120 minutes to suggest we would get an outright winner.

Lehlogonolo Matlou should have put the home side ahead when he had a free header on the edge of the six-yard box, but could only steer his effort straight at Mbombela goalkeeper Wensten van der Linde.

Moegamat Maart had a superb opportunity to open the score for the home side when good work from veteran forward Nathan Paulse saw him unmarked at the back post, but he screwed his effort wide.

Mbombela offered little in open play during the first half, but did create some chances from set-pieces as they proved dominant in the air, but could not find the right finish.

Paulse had a snap-shot from the edge of the box go just wide with keeper Van der Linde beaten, while at the other end veteran defender Humphrey Khoza put his header over the bar when unmarked in the box.

Paulse then missed a golden chance to give his side the lead, slipping as he tried to shoot into an empty net at the back post, and Nyiko Tshabangu also drilled the ball wide for the home side.

Cape Umoya looked the more adventurous in extra-time, but by the time the additional 30 minutes came around, the game always looked destined for penalties.

The home side held their nerve, with Brandon Theron converting the all-important final kick after Swaziland international Felix Badenhorst and Van der Linde missed in the shoot-out.