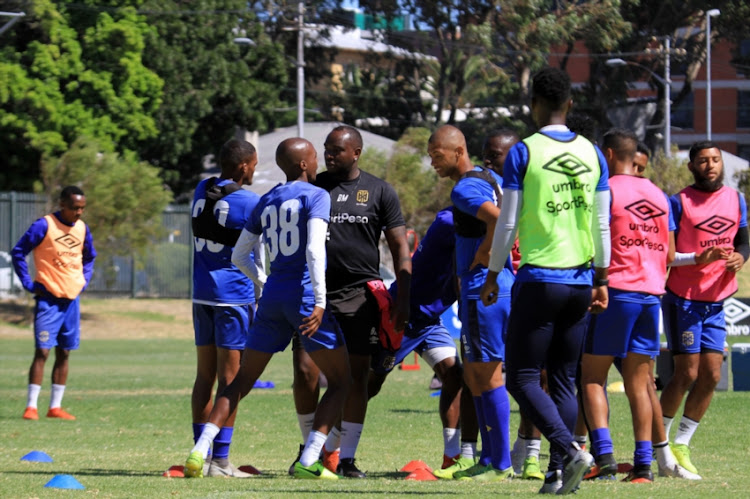 Highlands beat City 2-0 at at Makhulong in the league in early December. McCarthy‚ however‚ said his players battled to find their rhythm on the small pitch in Tembisa‚ and that he believes his team will be a different proposition on their bigger home turf that allows them to play with width and pace.

“It put a smile on our face when we knew we would be playing at Cape Town Stadium because it is what we are familiar with‚” McCarthy said.

“We know the pitch‚ we know the speed of the ball [across the surface]‚ how we have to play and pass to our teammates.

“All of our best results of late have been at the stadium and we have been exceptional. Playing Highlands Park there is something to look forward to.”

The numbers back up McCarthy’s confidence‚ with City unbeaten in their last seven home games dating back to October. They have also scored 19 goals in that time and conceded six.

He maintains it is not about revenge against Highlands‚ but the players do want to put right what they saw as a poor result last time round.

“It is not about revenge‚ but it would be nice to get one back on them. The feeling [of defeat] was not nice and it hit the players hard‚” he said.

“We were nowhere near our best that day. But everybody has a bad day in the office and now we have a chance to rectify it.”

City have a near full-strength squad to select from‚ with striker Siphelele Mthembu tipped for a recall against the physical Highlands defence‚ though young fullback Zukile Kewuti is suspended.

Highlands coach Owen da Gama knows the task in front of his side‚ but said the pressure will be on the home team.

“City have already won a cup [MTN8] this season and they have been doing very‚ very well under Benni in the league‚” Da Gama said.

“It will be very difficult for us‚ but you know that when it comes to cup games‚ anything can happen.

“Pressure does funny things to players and we can go there without that on our shoulders. In the end it could come down to who wants it most on the day and who fights for every ball.

“That is the great thing about the Nedbank Cup‚ it gives everybody a chance.”

Da Gama said his team will have a plan to contain the pacey City side‚ but feels his team can match them on the pitch.

“They have got a lot of pace and skill‚ and so do we‚ so it will be a very good game for the supporters‚” he said.

“It will be really interesting to see how our boys adapt. Every game this season is a continuous learning curve.”