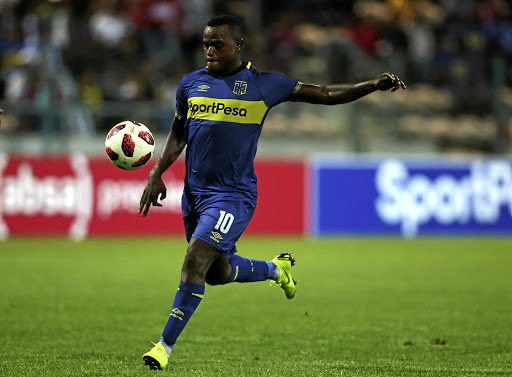 The amount of money involved in the deal between Cape Town City and Iranian side Es explains Ayanda Patosi's shock move.

The 26-year-old travelled to Asia where he's set to complete the move to Esteghlal, before the close of their transfer window tomorrow.

"Remember that the transfer window for international clubs is not the same as [the one] in SA. Some windows close a few days into February."

According to an impeccable Sowetan source, the Citizens are in for a big pay with Esteghlal coughing up R5m to loan the player until June and if he signs a permanent deal, City would receive a further R10m for a total of R15m.

For the player, he also couldn't turn down the deal.

Cape Town City director Michel Comitis said the club would never stand in a player's way for overseas moves if there are concrete offers on the table.

"We have made a commitment with our players that if a concrete move overseas comes on the table then we won't stand in their way and that is what has happened," Comitis told Sowetan.

"One thing for sure is that we would never sell Ayanda to a PSL club.

"It will always be difficult losing a player like him but we had to weigh up the benefits for both the club and the player.

Meanwhile, there were a few big movements on the local scene yesterday.

Mamelodi Sundowns midfielder George Lebese will spend the rest of the season on loan at SuperSport United, while Anthony Laffor has signed a contract extension with the Brazilians.