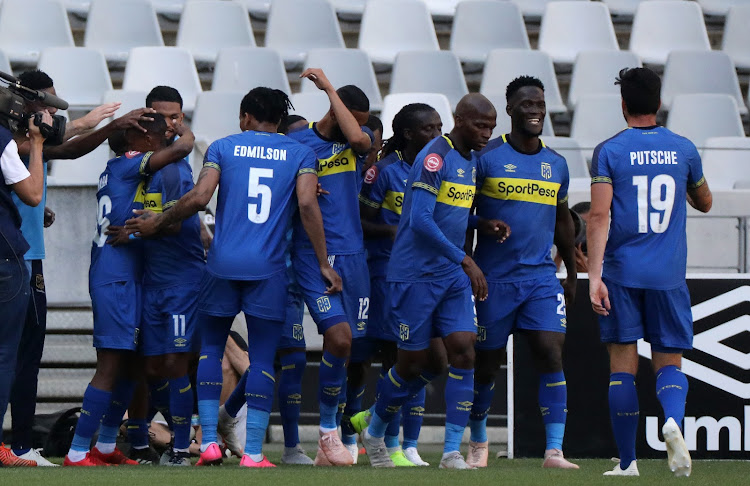 Cape Town City made heavy weather of winning for only the third time in the league this season but in the end came away with three valuable points as they beat Black Leopards 3-1 at the Cape Town Stadium on Sunday.

It means City move up into the top eight while Leopards remain just above the relegation zone and with the future of their coach Joel Masutha now the subject of some speculation.

City took just 10 minutes to take the lead as they got their flowing movements working early‚ looking for their first back-to-back win of the season.

Bradley Ralani‚ down the left hand side of the attack‚ made a good run at the visiting defence before delivering the ball to Siphehlele Mthembu, who helped to open up a gap by dragging away a defender.

Ayanda Patosi was there to score from close range.

Patosi should have had his second some 12 minutes later with a sitter in front of goal‚ again set up by Ralani‚ but tried to gently pass it into the net and fluffed his lines.

Straight away an unnecessary back heel from Ralani caught his fullback Ebrahim Seedat unaware and out of position to allow Mwape Musonda to race away on the counter attack with just the goalkeeper to beat.

The Leopards’ centre forward eased around goalkeeper Peter Leeuwenburg to put the ball into the net and suddenly City‚ instead of being 2-0 up‚ found themselves conceding as Leopards leveled.

Ralani’s shot from a tight angle forced a save out of Leopards goalkeeper King Ndlovu but the rebound fell perfectly for Patosi to finish off‚ but he headed the ball wide.

It seemed the home side would pay a price for their missed chances but eventually their superiority on the attack ensured they were able to restore their advantage as a superb interchange of passes‚ spearheaded by the enterprising of Thabo Nodada‚ set up Allan Kateregga for a 2-1 half-time lead.

It was Leopards who had the first real chance of the second stanza‚ with Musonda firing in a strong shot‚ just on the hour mark‚ which Leeuwenburg did well to save but the rebound was wasted by Lidoda Duvha’s skipper Marks Munyai.

The visitors were more enterprising as they went in search of another equaliser but the game was sealed by Benni McCarthy’s side when Mthembu headed home from a corner with some five matches left.

Tickets for the Telkom Knockout Soweto derby semifinal between Kaizer Chiefs and Orlando Pirates in Durban on Saturday‚ November 24 have sold out‚ ...
Sport
3 years ago
Next Article