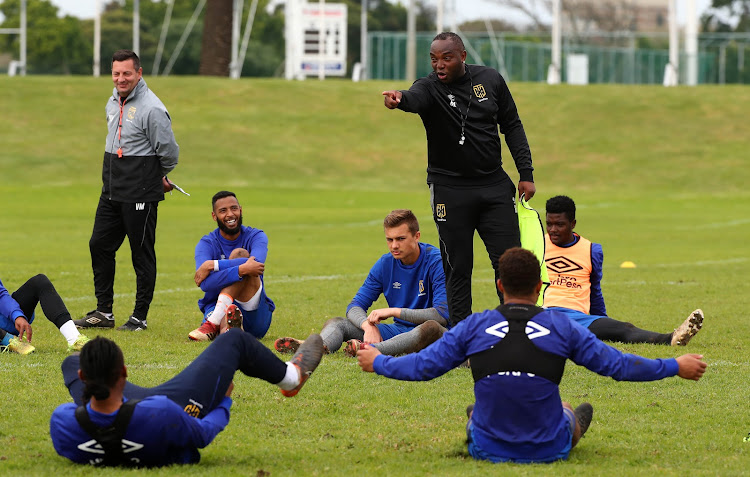 Playing without a recognised centre forward in their last game against Chippa United has offered Cape Town City coach Benni McCarthy food for thought as he prepares for their last Absa Premiership outing of the year against Bloemfontein Celtic on Saturday.

City rested Siphelele Mthembu and used Ayanda Patosi as a ‘false nine’ in a change from their usual tactics.

“There were a lot of positives from the game even though we scored early and then couldn’t find the back of the net again.

"I didn’t have any complaints about my team’s performance‚” said McCarthy‚ reflecting on the 1-1 home draw at the Athlone Stadium last week.

McCarthy gave his City players the weekend off and spent the time contemplating the same approach against Celtic at the Cape Town Stadium on Saturday.

“I liked the plan but in the end it didn’t going according to our hopes‚" he said.

"Maybe it was because it was Athlone where every team has a chance to win.

“But against Celtic we will be back at the Cape Town Stadium which is much wider and where we can shift the team around.

“I just hope my players won’t feel like they are ready to go on holiday. I want the team to play and to end off the year in style‚” added McCarthy.