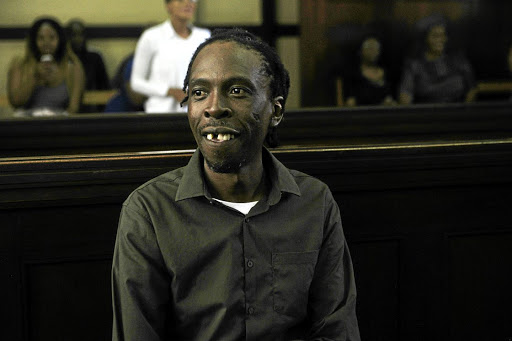 This was revealed by National Prosecuting Authority (NPA) spokesperson Phindi Mjonondwane outside the Johannesburg magistrate's court yesterday where the musician, real name Thulani Ngcobo, appeared for a bail hearing.

"We have reason to believe that he cleaned the scene and washed the walls," she said.

"As the state we maintain that he should be charged with premeditated murder... We have submitted there are no exceptional circumstances [for bail] presented before court and the law is therefore clear he should be kept in custody."

Mjonondwane said a sanitary pad with blood on it was also found at the scene but
investigations were still ongoing to determine where that blood came from.

Ngcobo initially admitted to assaulting his wife Trisha Modisane but made a U-turn in a secondary affidavit that was presented on Wednesday.

Yesterday, his lawyer Meshack Maluleke said the rapper was unduly influenced into admitting that he assaulted Modisane.

In his affidavit, Ngcobo said he did not beat Modisane on the day of her death and only noticed she was injured the morning after she had returned from an outing.

Prosecutor Mzamo Mathe applied for evidence of pictures of Modisane's battered face and body to be presented in camera.

Mathe said the pictures, which show extensive injuries to her head and upper torso, would cause unnecessary emotional harm to her family if shown in open court. After viewing the pictures, magistrate Paul du Plessis said the injuries could be clearly seen. The bail hearing judgment is set for next week.

Murder accused rapper Pitch Black Afro will today appear in court for the alleged murder of his wife.
News
3 years ago
Next Article