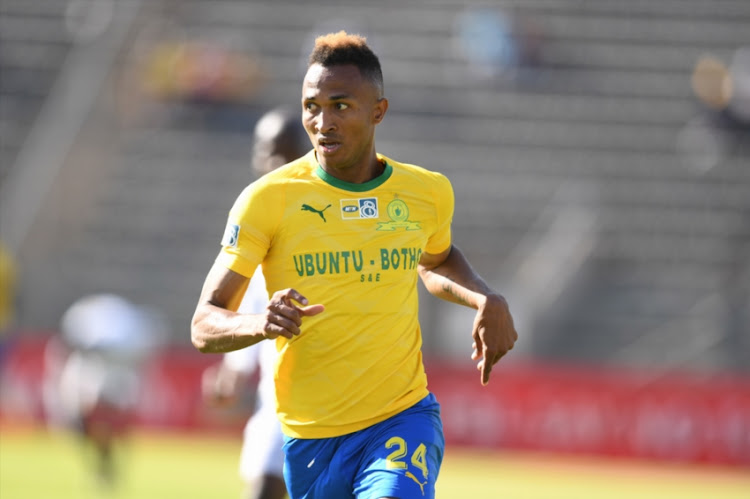 Former Mamelodi Sundowns striker Toni Silva‚ sold to Al-Ittihad in Egypt this month after an unsuccessful half-season at the Brazilians‚ has launched a scathing attack on Downs coach Pitso Mosimane.

In an open letter Silva made numerous startling allegations‚ among them that Mosimane was the “weakest coach I have ever had in my life”‚ was arrogant and killed players’ dreams and careers.

Sundowns communications manager Thulani Thuswa told SowetanLIVE the club have an important Absa Premiership game against AmaZulu to play on Tuesday night at Loftus Versfeld‚ and will have an official response after.

Guinea-Bissau International Silva joined Sundowns in May. The Chelsea and Liverpool youth product‚ who never played first team football for the Reds‚ has had a journeyman career.

He played 11 times for Downs in 2018-19‚ scoring twice. Silva’s full letter read: “In my football career I have played for many teams‚ and when I left I have never‚ not once‚ gave any interviews about the team or the players within those teams.

“It has come to my attention that Pitso has advised media that ‘things did not work out’ also saying ‘[Themba] Zwane‚ Gaston [Sirino] and [Lebohang] Maboe never played for Liverpool or Chelsea but they give more’ than myself.

“So this is my response: Pitso you are the weakest coach I have ever had in my life. You are arrogant and your ego does not help you as you fail to make your players happy‚ but kill dreams and player’s careers then turn around and say ‘it didn’t work out’.

“I was under your management for six months and all we do is the same training until the day I left and you call yourself a good coach? You always say if you play good in one match you will play the next match‚ but that’s not true because you have favouritism.

“You have players that get second chances even if they have bad games and other players who are good don’t even get a chance to play because you are an unfair coach.

“Do not go to the papers and pretend that you are a fair coach just because those people don’t know how you operate.

“Your staff and all the people you work with are afraid to tell you or talk to you because they know what kind of a person you are‚ but I’m here to tell you because I’m not scared and I believe in the truth.

“Ever since I came to the club you never gave me a chance to play in my original position‚ which is as a right winger‚ yet you have a big mouth to tell the papers that ‘things didn’t work out and other players give more’.

“Don’t forget that there are your favourites that you give freedom to‚ then there’s others you don’t give freedom and chances to.

“Fortunately for me I will always have space in Europe because I am from there‚ but I sympathise with the other South African players that you are just destroying their careers and they don’t have much options.

“But you are too fake Pitso and everyone knows‚ they are just scared to tell you. That team is so unprofessional‚ makes players pay for their permits (Where have you ever heard of that?).

“As you can see I don’t give a s–t about you‚ that’s why I want the world to know. You made me sign an agreement that I must not return to South Africa within the next five years‚ and that I cannot play against Sundowns otherwise I will have to pay Sundowns €5m‚ and yes‚ I accepted and signed just so that I can leave that team and it’s unprofessionalism and get back on track in my career without even finishing the one-year contract I had with you.

“I opted to leave early because I know my worth and staying there was just going to destroy my career like you do to half of the other talented players in your team.

“You like acting big but please know your limits‚ you’re just a coach in Africa. There are bigger coaches than you‚ don’t forget that you’re not international yet.

“You make us watch five-hour videos before a match‚ you fight with most of the players‚ you communicate information late. You are just a coach that can be fired‚ and not the owner of the club‚ it would help you to learn from international players than to be arrogant.

“Just look at Benni McCarthy‚ he is doing well because he has international exposure and he values his players‚ which is something you need to learn because you have talent that is sitting and not playing.

“You don’t utilise your team to the best because you are blinded by your favouritism‚ and arrogant to the point where you won’t listen to your own staff and assistant-coach.

“You took me from Europe because you saw the quality of player that I am and brought me to South Africa‚ now you want to say ‘it didn’t work out’? “All the leagues I’ve played for are bigger than the one you’re coaching. I decided to leave because I don’t take s – t from anyone.

“When I got there and saw how unprofessional it was I told you I want to leave and you begged me to stay‚ sending me messages everyday saying ‘You were good today in training’‚ and ‘best winger in the club‚ one on one’. Now you have the nerve to talk about me?

“You stopped playing me because I stood up for myself and told you I don’t want to play striker as it’s not my position‚ so you got frustrated.

“A good coach finds solutions and gives his players freedom to perform at their comfort‚ not this style you have to force people to play positions they don’t know or are good at and then say ‘it didn’t work out’.

“You buy players because you don’t want them to compete against you‚ and destroy the player’s career. Is that being a good coach?

“A good coach takes on competition and wins with his skills and wants players to grow and develop from where they are to international spheres.

“You have George Lebese in the team‚ the boy is not playing and everyone knows he is one of the best players in the league‚ and you can’t even give a reason why but you say ‘it didn’t work out’.

“You won’t even let him play elsewhere because you know he would fly high and expose you as the bad couch you are!

“Have you even given him a chance this season? No‚ so tell the papers that you fail to make it work‚ not that ‘it didn’t work’.

“Before I forget I just want to tell you I have been coached by the following: Quique Flores‚ [Luiz Felipe] Scolari‚ Lyuboslav Penev‚ Roy Hodgson‚ Rafa Benitez‚ Jose Anigo and Rodolf Borrel‚ who is the assistant coach of Manchester City‚ the ex-coach of [Lionel] Messi‚ then I come to South Africa to be coached by you and you’re quick to speak to the papers but can’t address problems of the team itself.

“Players must worship you to play and can’t be honest with you.

“Also you are the only coach I know who makes players and all staff travel economy‚ while you travel business class which means you are the important one who will play and score and win the three points. That’s why you travel differently.

“Lastly‚ just so you know‚ if you keep making interviews anything related to me I will also print all things you say of others. Coach Pitso‚ I wish you all the best for the rest of the season.”

Thuswa told SowetanLIVE Sundowns would not disturb Mosimane on the subject ahead of the AmaZulu game.

“We have an important match today against AmaZulu and our focus should be in climbing the Absa Premiership log‚” Thuswa said.