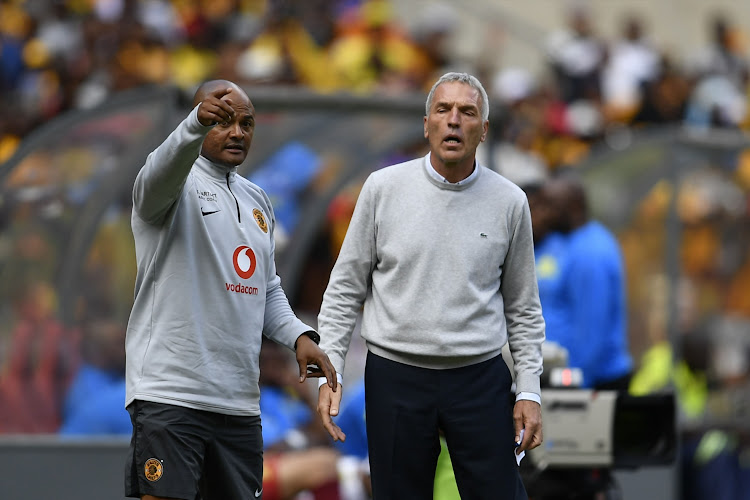 Kaizer Chiefs coach Ernst Middendorp was especially pleased with his team’s 2-0 Absa Premiership win against Bidvest Wits on Wednesday night because Amakhosi bounced back from a potentially demoralising defeat against Mamelodi Sundowns.

An excellent second-half performance saw Wits overcome a physical‚ aggressive Wits with goals from Leonardo Castro in the 58th minute and Hendrick Ekstein in the 78th at Bidvest Stadium.

Middendorp was pleased with the result as Chiefs bounced back from a bruising 2-1 defeat against Sundowns at FNB Stadium on Saturday.

As with the performance against Wits‚ where Middendorp made some intelligent adjustments at the break‚ the coach’s tactics had also had Sundowns on the back foot on Saturday until goalkeeper Virgil Vries’s error allowed Lebohang Maboe a winner.

“It’s very difficult to come out of a game on Saturday and three days later play the top team in the PSL‚” Chiefs' coach said.

"I mention this up-front because it means I'm absolutely happy with the performance and the way we handled it today.

"Not too emotional‚ with a clear structure‚ here and there rushing it a little maybe in the first half. But anyway‚ we scored and actually I'm quite happy with what I have seen tonight knowing that the matches are coming every three days.

"Players coming on‚ like Kgotso Moleko on the right [at wingback] and Emmanuel Ntiya-Ntiya moving to the other side shows that everybody must be prepared really to take a role‚ in particular with four or five experienced players‚ including Itumeleng Khune‚ not available.

"And if you see how we handled it tonight‚ and‚ again‚ the performance against Sundowns was excellent.

"In crucial moments there [against Downs] we did not do what we should do otherwise it was not a game to lose."

Chiefs turn their attention to the Caf Confederation Cup on Sunday‚ meeting Zesco United in Ndola‚ Zambia on Sunday in the first leg of their second round fixture‚ the penultimate stage before the group phase.

Three factors seem to stand in Ryan Moon’s favour as he aims for more game time and goals for Kaizer Chiefs in the second half of the 2018-19 season.
Sport
2 years ago

Kaizer Chiefs upped their movement‚ the overlapping runs of their wingbacks‚ and their support play in the second half to overcome Bidvest Wits' ...
Sport
2 years ago
Next Article