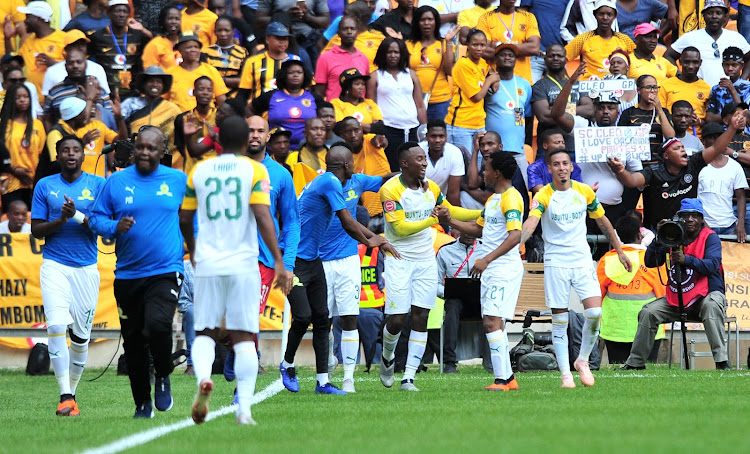 Mamelodi Sundowns face a minimum of 24 more matches over the next six months and it could be as many as 34 games if they are successful in what could be an unprecedented schedule.

The Brazilians are in Nigeria for their opening game of the group phase of the African Champions League and coach Pitso Mosimane is contemplating the taxing schedule ahead.

They play Lobi Stars in Enugu on Friday having travelled on Sunday via Addis Ababa.

“It is like we are just starting a full season‚” said Mosimane.

Sundowns will be back in South Africa on Sunday and have had one of their previously postponed games squeezed onto the Premier Soccer League schedule next Wednesday.

They will host Maritzburg United at Loftus Versfeld in a hastily rearranged game originally scheduled for December as they attempt to catch up to the same number of games played as the rest of the teams in the league.

“We are playing a game every three days‚" mosimane said.

"There is only a gap of four days when we don’t play football and that will be when we are traveling in Africa. It is like a whole new league campaign.

“And there are also internationals for Bafana Bafana and we have a lot of players in Bafana.

"This is the time when we need everybody and a lot of back-up and ammunition.

“But it is not only us‚ it’s also going to be tough for Kaizer Chiefs and for Orlando Pirates (who are also competing in African club competition over the next months).”

But Chiefs and Pirates are on schedule with their league programme and will play their 17th games of the league season on Tuesday and Wednesday while Sundowns have played only 13.

Pirates host Chippa United at the Orlando Stadium on Tuesday while Chiefs are at leaders Bidvest Wits on Wednesday.

Mosimane said it would be vital to properly manage players‚ which he said was the reason he did not play Themba Zwane in Saturday’s 2-1 win over Chiefs at Soccer City.

Zwane had a hamstring twinge.

Sundowns are guaranteed 17 league games‚ one in the Nedbank Cup and six in the group phase of the Champions League matches.

But if they go all the way in the Nedbank Cup final‚ that will be four more and if they make it to the Champions League final at the end of May‚ that is another six matches to their fixture list.