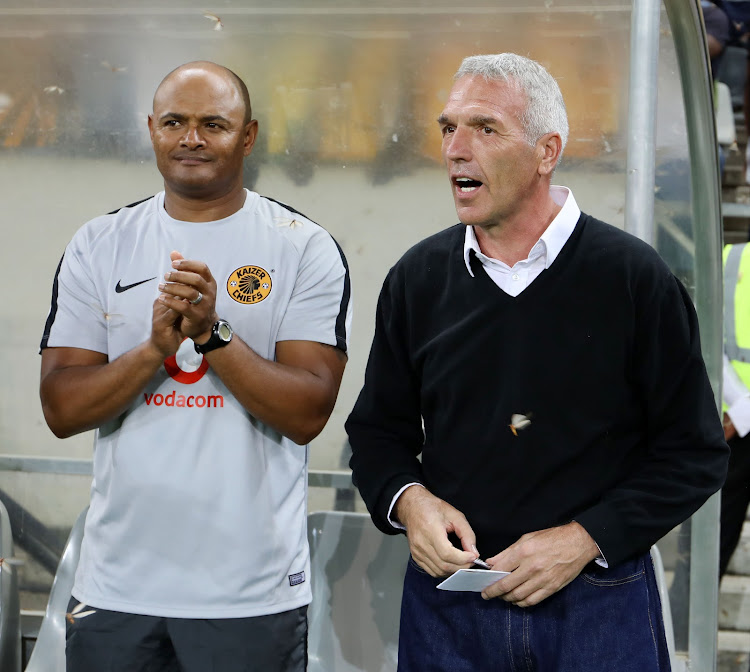 Kaizer Chiefs coach Ernst Middendorp has admitted he is aware he is not always an easy person to deal with.

Middendorp was reflecting on a warm reception that the supporters gave him when he first went onto the field at Mbombela Stadium before his debut match on Wednesday.

Middendorp returned to the helm of the club after more than a decade to steer Chiefs to a 1-0 win over SuperSport United in Nelspruit in midweek and admitted afterwards he has a reputation for being prickly.

“I’m aware that I’m not always an easy person [to deal with]‚” he said.

“Sometimes I’m a little bit controversial and not everybody likes that. Sometimes I have some crazy ideas about the positioning of players.

“I’m aware about all of that but I can only promise one thing and that is the target of maximising the potential of the team and to maximise the performance level of Kaizer Chiefs to be successful in the end.

“That is my main job I have to do and I think you can understand after that there is not much time to be worried about all the other stuff‚” said the German as he now looks ahead to his second game back in charge against Elgeco Plus of Madagascar in the Caf Confederation Cup in Durban on Saturday night.

Middendorp was pleased to have been able to start with a win against SuperSport.

“I’m trying to give 100 percent towards the job at hand‚” Middendorp said.

“Of course it was a good feeling that the supporters were happy with the team and with each and everyone who are part of this team.”

THE Nedbank Cup Last 32 stage draw served up some intriguing match-ups after the tournament was launched in Sandton on Thursday night.
Sport
3 years ago

Chiefs‚ Pirates and Sundowns turn their attention to the continent

One down‚ three left standing and that is the way South Africa will hope it will stay as the weekend’s continental action gets underway with a real ...
Sport
3 years ago
Next Article