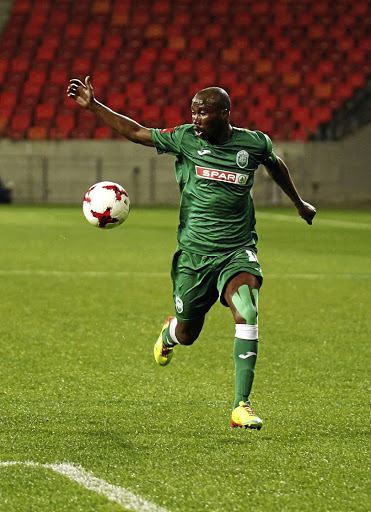 The troubled Usuthu - who are tail-enders on the table - registered their first away win of the season, thanks to evergreen Siyabonga "Bhele" Nomvethe.

The 40-year-old striker came in from the bench just before half-time and put his side ahead in the 50th minute.

The Lions of the North levelled matters in the 57th minute via the boot of Lindokuhle Mbatha whose brilliant shot beat Usuthu goalkeeper Siyabonga Mbatha hands down.

The visitors - who looked a better side compared to the their performance in the first stanza - did not only deny Highlands from taking control of the proceedings but also forced them to defend in big numbers.

It then came as no surprise when the home defence cracked, as AmaZulu finally took the lead again via Argentinian striker Emiliano Tade's 68th minute goal.

Highlands tried hard to get back into the game but their efforts were in vain. Sadly though for AmaZulu, Nomvethe had to leave the pitch in the 75th minute because of an apparent injury.

This was Highlands' first home defeat. They should have wrapped it in the first half where they created too many chances but just could not convert. The first glorious opportunity came in the 16th minute but Moeketsi Sekola fumbled.

Thembi Kgatlana scored her fifth goal of the tournament as Banyana Banyana sealed their place in the final of the 2018 African Women’s Championship ...
Sport
3 years ago
Next Article