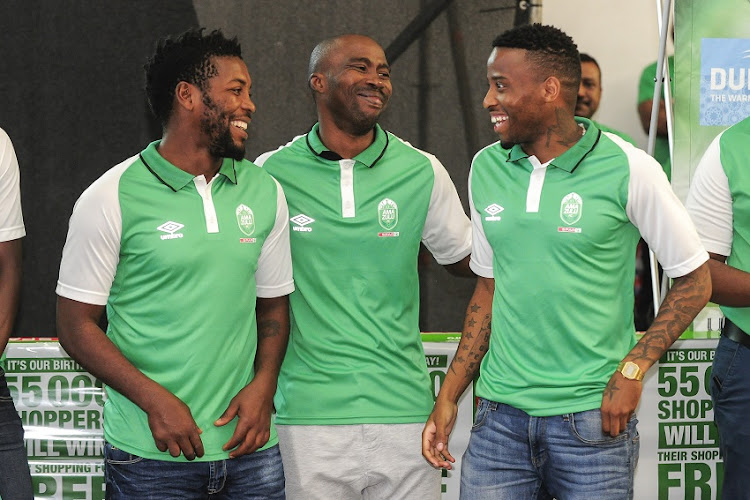 AmaZulu coach Cavin Johnson says the club considered experience above everything else when they decided to hand 40-year-old veteran striker Siyabonga Nomvethe a contract extension this week.

Nomvethe and 36-year-old striker Mabhuti Khenyeza were handed one-year extensions to their contracts on Tuesday.

The duo’s contracts expired at the end of last season but Usuthu management confirmed that they’ve opted to add a year on their contracts ahead of the coming season.

“The sole reason was experience and the guidance they provide to their younger teammates.

"Obviously their loyal service to the club also came into being‚” said Usuthu coach Johnson.

Khenyeza and Nomvethe chipped in with a combined five league goals last season‚ helping the Durban club to finish comfortable in mid-table on the standings.

“There’s a lot more that you can gain than playing from the combined experience of Nomvethe and Khenyeza‚” said Johnson.

“We’re looking at tapping into that and we will throw them onto the field when the situation demands.”

Khenyeza and Nomvethe will be fighting for a jersey with new Argentine signing Emilliano Tade‚ but Mhlengi Cele remains the main man in Usuthu’s attack. Cele finished as the club's top scorer in the league last season after finding the back of the net eight times.

Cele was occasionally played alongside Rhulani Manzini in the Usuthu attack last season‚ with the latter contributing with five league goals.

While Nomvethe and Khenyeza did not contribute as many goals‚ their assists and influence off the field helped Usuthu stave off relegation long before the season wrapped up.

Encouraged by last season’s run‚ Usuthu general manager Lunga Sokhela has challenged Johnson and his players to go for the league title in the coming season.

“We have to start competing for the league title.

"You cannot have companies such as Spar and Umbro in your stable and play second fiddle‚” Sokhela told the club’s website last week.