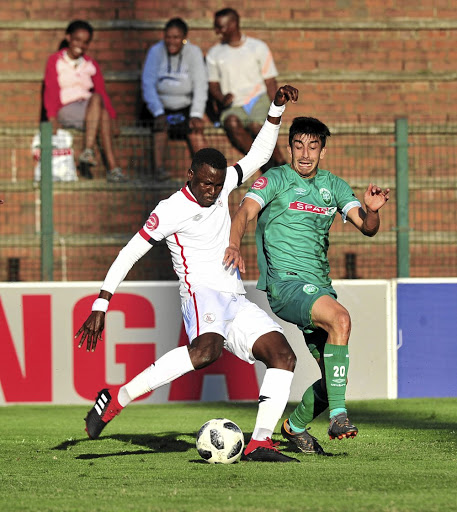 While Kaizer Chiefs coach Giovanni Solinas would certainly love to have some break between games, his AmaZulu counterpart Cavin Johnson is concerned that Usuthu will only play their next game in nearly 10 days.

Having come back from a goal down to outshine Free State Stars 2-1 at King Zwelithini Stadium on Sunday, AmaZulu will have to wait until August 28 for their next fixture when they travel to Bidvest Wits.

In their victory over Ea Lla Koto, Argentine striker Emiliano Tade and Mhlengi Cele were on target, cancelling out Mbongeni Gumede's early own goal.

Johnson, 59, has implied this hiatus might blight their momentum. They have won two of their three opening league encounters.

"For the 10 days, yes we would like to play at least a game a week, which gives you nice momentum. But now we get a break and it may affect us," Johnson said yesterday.

"However, we will get friendlies to remain active.

"We have our own ability to push the players to make sure they are as ready as possible for the next game.

"Friendlies never take you to the real competition. The league [programme] is already set up, there's nothing [that] we can do."

The Usuthu mentor was pleased with Tade's contribution against Stars, believing the South American would bang in more goals for the Durban-based side if he kept consistent.

"This is the quality that we brought him to SA for. If he performs like this all the time, he will score a lot of goals. He has good technique, he's calm and has an eye for goal."

He also confirmed veteran striker Siyabonga Nomvethe, 40, was still in his plans despite having played only nine minutes thus far this season. Nomvethe only featured off the bench in their 1-0 loss to SuperSport a fortnight ago.