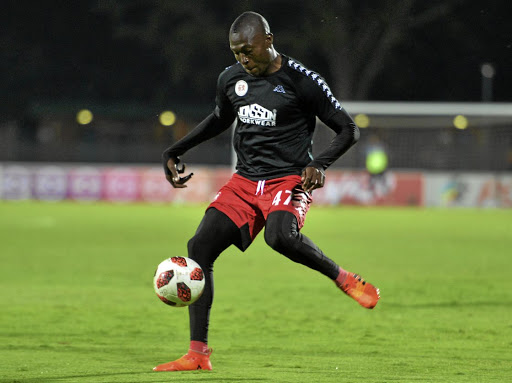 Club director Sinky Mnisi says he liked what he saw in Tendai Ndoro when the Zimbabwean made his debut for Highlands Park in their 2-2 draw with Maritzburg United.

He also sang praises for midfielder Mothobi Mvala who once more registered his name in the scorers list.

"There is no pressure on Tendai to score goals. That will come with time," said Mnisi yesterday.

The 33-year-old striker has been itching for action since signing on the dotted line with the Lions of the North in September, but could not kick the ball competitively because he had to serve his two match suspension.

Mnisi said the player caused all sorts of problems for Maritzburg at Harry Gwala Stadium and came close to scoring.

Mnisi then used the opportunity to scream from the rooftop about Mvala's scoring ability. The holding midfielder netted the second goal in 69th minute.

He is Highlands' leading scorer with four goals in nine league matches - one behind PSL leader Tshegofatso Mabaso of Bloemfontein Celtic.

Said Mnisi: "It is very interesting that most of our goals are scored by a defending midfielder. This says a lot about the player. That is why we refused to even entertain ideas from other clubs to buy Mvala when we were relegated. Remember he has been with us since the ABC Motsepe League. He is an asset."