Breather for Lions of the North 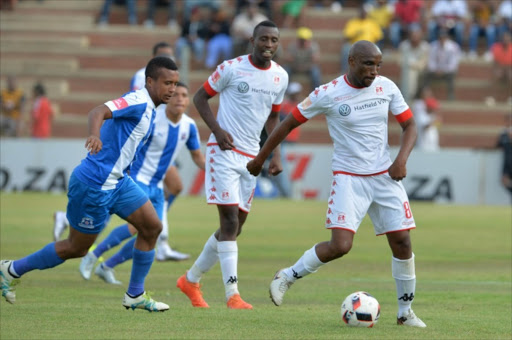 Highlands Park will now begin to enjoy football and actually start with their campaign to book a place in the Absa Premiership's top eight bracket now that they have moved away from the relegation zone.

This promise was made yesterday by relieved club director Sinky Mnisi, who was reacting to his side's 1-0 victory over Maritzburg United at Makhulong Stadium in Tembisa on Sunday - courtesy of a brilliant header by 38-year-old veteran midfielder Surprise Moriri.

The win saw the Lions of the North leap from second from bottom spot to 13th position. "We have moved out of the intensive care unit, and we are now in the general ward," said Mnisi, conceding his team had not quite escaped the drop yet.

"We will now begin to enjoy football with our players expressing themselves the best possible way now that the pressure is off their shoulders. War begins to get out of the general ward and get a place in the top eight."

Mnisi added: "It has been very difficult for all of us. Our players were unable to showcase their true potential because every game was like their last."

Coach Gordon Igesund said: "Oh boy! What can I say. Remember I said games I considered very tough are over, and we will be up against clubs that are down there with us. We beat Free Stars and now Maritzburg. Watch this space!"

Highlands' next match is a trip to Golden Arrows next weekend.