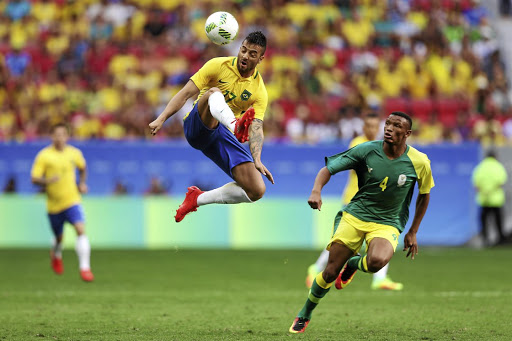 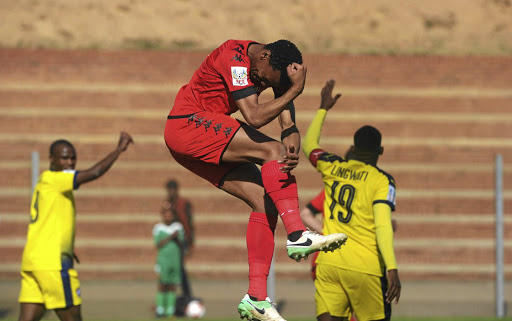 Mothobi Mvala - the man who was red carded during the Rio 2016 Olympics in Brazil for a rough tackle on Neymar - is now a top goal-scorer at club level.

What an interesting and exciting turn of events for the Free State-born 24-year-old defensive midfielder who had been booked before he tripped the Brazilian superstar from behind to earn his marching orders.

That was the opening Olympics match for SA against the hosts and it ended 0-0.

Mvala was part of his now club coach Owen da Gama's SA under-23 team who made the Olympics two years ago.

His actions against Neymar brought back the memories of Bafana Bafana hard-tackling midfielder Linda Buthelezi who did the number on Paul Gascoigne when England hosted Bafana in a friendly match at Old Trafford in Manchester in 1997.

Buthelezi was yellow carded in a game which Bafana lost 2-1.

Mavala says there was no malice intended on his part. "But that send-off made me feel bad," said the man who has scored three goals for Highlands Park since the Lions of the North returned to the Absa Premiership after spending a season in the National First Division (NFD).

Mvala's goals have helped the Tembisa-based club to the eighth spot on the PSL table.

He also helped Highlands to come back to top-flight football by scoring 12 goals in the NFD.

This could so easily have been Highlands Park's second Absa Premiership victory of the season as they matched, and for large periods, outplayed ...
Sport
3 years ago

Mvala was unanimously voted the club's player of the season last year.

But he refuses to take credit, and he modestly gives praise to his teammates, the technical staff and the management.

"It is not about me, but instead it's about helping the club win," he said.

"It does not matter if it is me or Peter Shalulile who score goals. The fact is goals are what must be scored to win us games. I just think that I am lucky to score."

Having spent six years with Highlands, Mvala is the longest-serving player at the club, and for his loyalty he has been rewarded with a five-year contract.

He said more and more goals were coming their way now that Zimbabwean striker Tendai Ndoro has joined the club.

Born in Theunissen - a small Free State town located about 45km from Welkom - like any young boy, Mvala was interested in chasing the football around the street before moving the hobby to the school.

"After completing my matric, I got an invitation from Berea Albion Academy where Steve Haupt was the coach. Actually, he personally fetched me from home.

"I spent two years at the academy. Steve then got a job at Highlands and I left with him. I have never looked back and I am happy to serve Highlands Park."

Club director Sinky Mnisi described Mvala as the heart and soul for the club.

"Imagine where would we be had it not been for him scoring goals in the NFD. Even now look at where we are on the log. He is a pillar and inspiration of the team.

"We value that boy very much - hence the five-year contract. We would not let him go unless it is an overseas offer," Mnisi said.