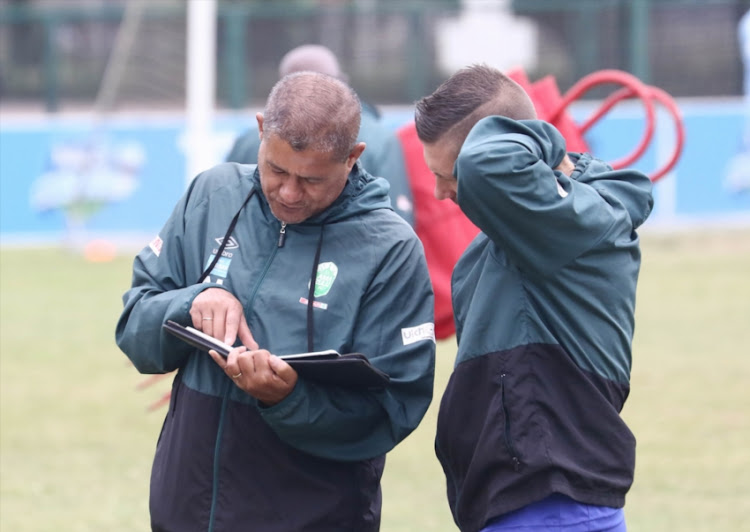 Coach Cavin Johnson admits the abject display from his side in their weekend loss to Cape Town City has left him with a selection poser ahead of Saturday’s Telkom Knockout quarterfinal at home to Orlando Pirates.

AmaZulu had comfortably dispatched City 2-0 in the first round of the Telkom Knockout last week‚ but with a team that had just a single change were then played off the park in a 3-0 defeat in the league four days later.

Granted the first game was at home and the second away‚ but Johnson says he finds it frustrating that his team can be so good in one game and so poor the next.

“You have to ask if your players can play two games [in a row] at the same level‚” Johnson said.

“But as a coach you ask yourself even more questions.

"Do you rotate [for cup games]‚ like everybody else in the PSL‚ six in‚ six out‚ seven in‚ seven out ... I don't believe that is the way football is played all over the world.

"I follow a lot of that‚ I believe if you play well you have to play again‚ but it doesn't look like that works for my side.

"We have to go back and make some changes to see what happens in the next game.”

It suggests that Johnson will make a number of adjustments for the meeting with Pirates‚ which could see a recall for former Buccaneers goalkeeper Moeneeb Josephs after Siyabonga Mbatha’s howler in the opening two minutes set City on their way.

Mbatha spilled a routine catch from an Ayanda Patosi free-kick to the feet of Taariq Fielies‚ who netted for City.

"We played very poorly from the start. When you look at the mistakes that were made ... all they had to do was follow my instructions‚” Johnson said ruefully.

Other players who will come into contention for a start are former Pirates midfielder Michael Morton and ex-Kaizer Chiefs forward Mabhuti Khenyeza‚ who have both been relegated to the bench in recent weeks.

AmaZulu and Pirates are meeting in a cup fixture for the first time since 1994‚ an astonishing 24-year wait for two teams played a big part in the Premier Soccer League era.