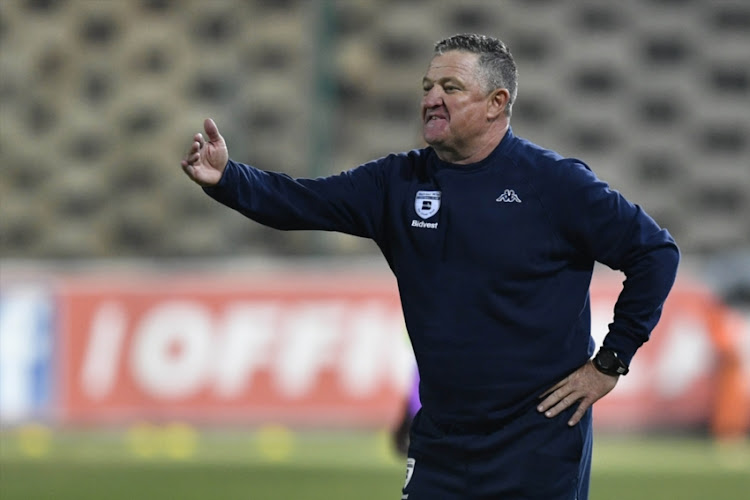 It has been 10 days since Bidvest Wits were beaten by a 10-man Polokwane City at home and Gavin Hunt is ready to ring the changes for their match against MTN8 winners Cape Town City on Tuesday.

“I kept faith with the same 11 or 12 players for the last six to seven games and maybe it’s time now for changes.

"Time to try one or two others and give someone fresh a chance‚” he said as Wits headed down to the Mother City.

“Maybe I’ll look to shake the place up a little bit.

"We were top of the league so we had to give the team a bit of time to gel because we’ve got a lot of new players.

”We’ve got a front pairing that is new‚ two wide players that are new‚ so in those crucial areas we had to give it a bit more time.

"And when you are winning‚ you don’t want to change too much. So I gave it time and the players cannot complain about changes.

Wits ceded their top slot on the Premier Soccer League standings after losing to Polokwane City.

That setback followed on a goalless draw at Maritzburg United - matches Hunt felt his side should have won to open up a gap between themselves and the chasing pack in the league.

But they now sit in second place‚ one point behind leaders Orlando Pirates.

“It was very disappointing to play two teams like that and come away with just one point out of six. It was bad‚” said Hunt.

Buhle Mkhwanazi has recovered from the back spasm that forced him to go off at half-time of the Polokwane City match.

There was no long-term damage and the 28-year-old centre back was back training last week and is ready to return to the line-up on Tuesday.