Reggie Jantjies could have made a 1980s Bafana‚ says Gavin Hunt 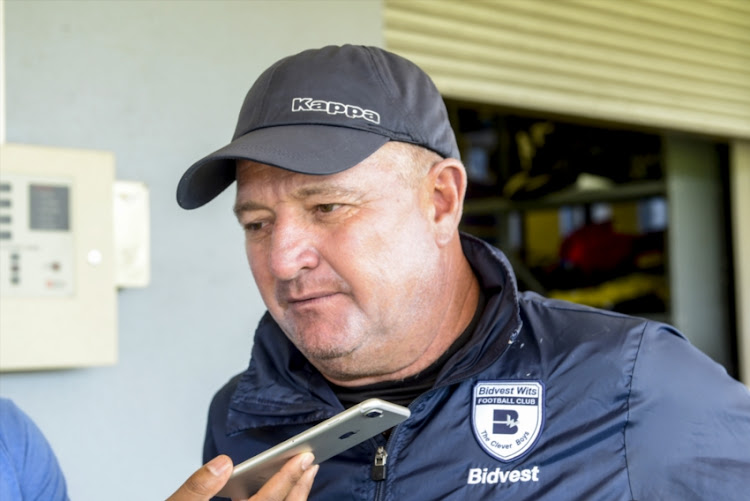 Reggie Jantjies could have played for a South African national team or a club in Europe in the 1980s‚ former teammates have said.

Bidvest Wits coach Gavin Hunt was a long-time teammate of Jantjies’s at Hellenic‚ and a friend.

“He’d been struggling for some time now with his diabetes and had to have his leg amputated about two months ago.”

Hunt said Jantjies was one of a group of coloured players to cross over from Federation Professional League (the old coloured and Indian FPL) to until-then largely all-white Hellenic in the mid-1980s.

He said Jantjies could have competed for a place in a South African national team even in SA football's star-studded 1980s.

“Ja‚ I think so‚” Wits’ coach said. “Because‚ you know‚ he had good pedigree.

“He had unbelievable feet. Free-kicks and corners‚ and great shooting ability with both feet. And he was quick as well.

“I was there a good few years with him‚ and we became good mates.”

Jantjies returned to a Spurs competing in the top-flight under the funding of Cape businessman David Rodwell in the 1990s‚ though missed their National Soccer League (NSL) title-winning season in 1995 under Mich D’Avray.

Hunt said Jantjies was a‚ “social guy‚ great guy. He loved a party‚ like we all did in those days. Great team man‚ and got on well with everybody”.

Another Hellenic teammate David Byrne said Jantjies could have made it in Europe had it not been for the times and the sports boycott.

“I played with him quite a bit at Hellenic. I returned for playing in North America in 1993 and played two seasons with him‚” Byrne said.

“He was a character. It wasn’t just his football ability but his character about him that made him a special player.

“I remember watching him in the friendly match when Spurs played Liverpool [a 3-0 win to Liverpool in May 1994] at Newlands cricket ground and he was fantastic that evening‚ and he was well into his 30s then.

“He was coaching youngsters at the University of Stellenbosch for the last few years.

“Reggie was always involved in football in some way.”

Jantjies died in a hospital in Cape Town on Wednesday‚ leaving behind wife Esther and three children.