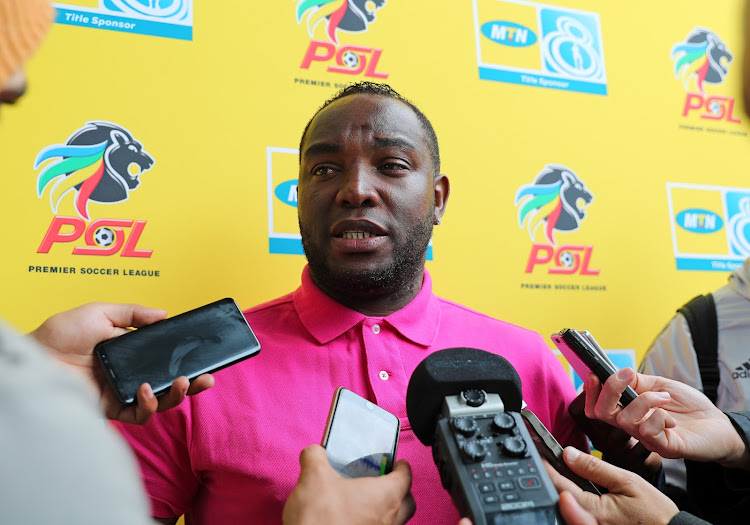 He maintains that they are decided by mental fortitude instead as he takes City into a second final in 12 months at the Moses Mabhida Stadium in Durban this weekend.

The rookie coach‚ in his first senior post‚ was just weeks on the job last season when City lost to SuperSport United in the MTN8 decider at the same venue.

Now the pair are pitted against each other again on Saturday one year later for the same trophy with an older and wiser McCarthy spelling out the recipe for success.

“The team that makes the least mistakes and plays with the biggest heart‚ that’s the team that is going to come out on top‚ not necessarily the team that gets it tactically spot on‚” he said of the upcoming final.

“In a cup final‚ tactics are important but they won’t determine who wins. It’s about courage‚ heart and effort and hard work.

“The team that goes out there fighting‚ and lays it all out there on the pitch‚ that is the team that is most likely going to walk away with the spoils.”

McCarthy‚ 40‚ said he had no complaints about his squad’s attitude.

“They’ve put in hard work and effort and they deserve to win a final.

"This time we have to win.

"We don’t want to become that team that gets to finals but cannot get over the line.”

But he admitted SuperSport United would be no pushovers.

“They have found their straps now‚” he said about the form of Kaitano Tembo’s club who lost their opening game of the season to City in Cape Town but have lost only once in eight outings since.

“I hope my boys will be as hungry as ever to win and make the second time count‚” added McCarthy in a reference to last year’s final which SuperSport won on post-match penalties.

“The atmosphere has been very good in the camp‚ a lot better than I expected.

"I thought everyone would be a little uptight‚ with the nerves and butterflies kicking in and the cup final jitters‚ but the boys have been calm and we’ve just been training and working on things where we can improve.”