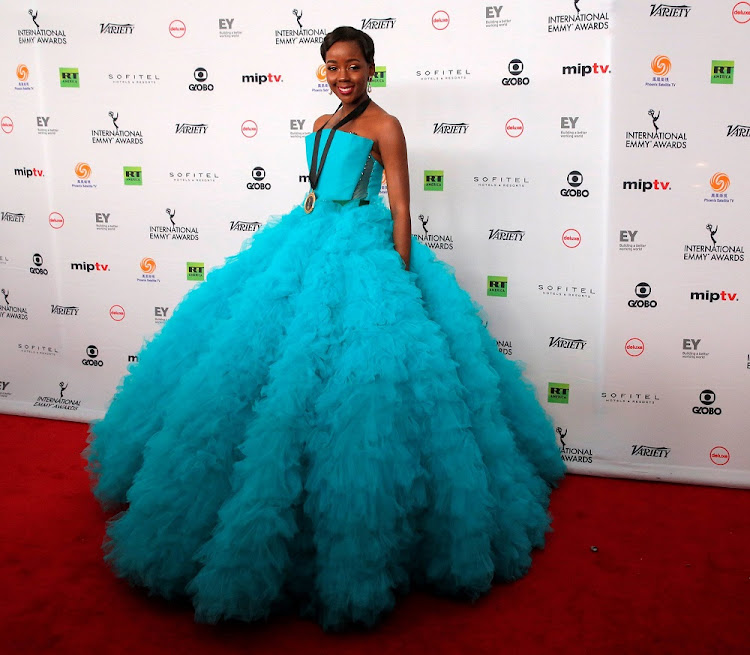 It's a year later and the International Emmy Awards still isn't over the talent that is Thuso Mbedu and her amazing role as Winnie on Is'thunzi. The actress can now add two-time Emmy nominee to her resumé.

It was announced on Thursday night that the young actress has bagged another nod from the prestigious awards and Mbedu shared that second time was definitely sweeter.

"Wow‚ look at God! To be nominated twice is amazing. The first time was great but this second time is sweeter. I am blessed to have worked with such a great team and am humbled to be representing South Africa and the talent that it possesses at the awards ceremony‚" she said in a statement released by her management.

Mbedu played the role of Winnie in the second season of the local drama that not only stole the hearts of South Africans but also that of the world.

Thuso Mbedu is belle of the ball at International Emmy Awards

Her first nomination was one of the biggest highlights for both her and the South African acting industry last year even though she didn't bring it back home.

As a nominee Mbedu is the third South African to ever be nominated and the only African nominated across the board at the 46th International Emmy Awards.

Winners will be announced at a black-tie ceremony on November 19‚ 2018 at the Hilton New York Hotel.