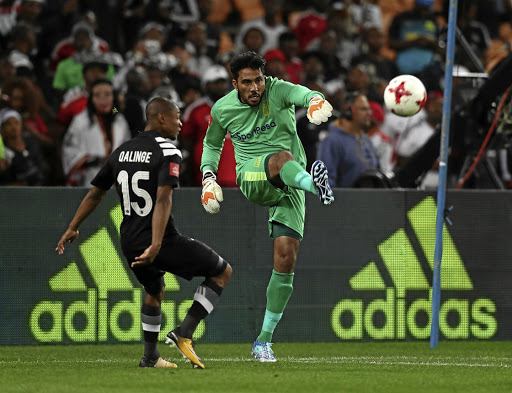 Cape Town City coach Benni McCarthy's indirect attack on his former goalkeeper Shu-Aib Walters may have raised a hint that there's no love lost between the two but the shot-stopper insists his ex-mentor's utterances don't make them enemies.

Having been impressed by his new Dutch keeper Peter Leeuwenburgh, McCarthy has implied that last season City's goalkeeping department was their weakest link, putting Walters in a negative light.

While he admits he's never spoken to McCarthy since leaving City for Ajax Cape Town at the end of last season, Walters, 36, feels people are reading too much into what the Citizens mentor has been implying about him.

"There's no beef between us. People are taking this too far. Last season I was not the first choice keeper," said Walters, who played second fiddle to Sage Stephens.

"When Benni says the keeper department was weak, I do not think I must be worried. In football, views will always differ. We have not been in contact with McCarthy since I left the club.''

The former Maritzburg United keeper appears not to be a fan of Leeuwenburgh, his replacement. Walters believes overseas keepers will always struggle in SA, praising only ex-Ajax glove-man Anssi Jaakkola as the only overseas shot-stopper who did well in the Absa Premiership.

"Generally, keepers from Europe and South America fail in SA. You remember how SuperSport United's Wayne Brown struggled? For me, Jaakkola is the best overseas keeper to have played in SA,'' Walters said.

"Leeuwenburgh spent a lot of time at Ajax Amsterdam academy, which must make him technically good but time can tell. These keepers usually lack communication skills.''