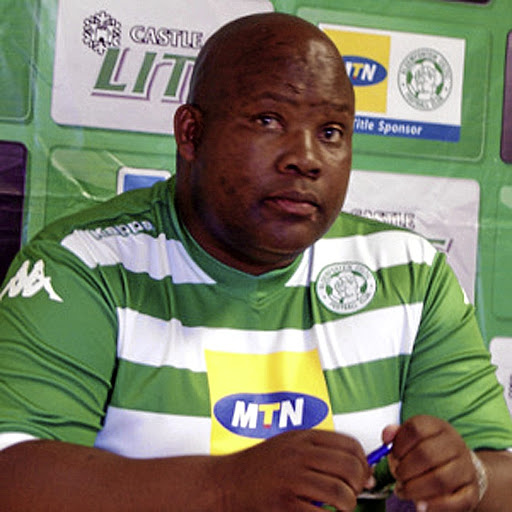 Bloemfontein Celtic’s beleaguered and broke owner Max Tshabalala has asked the Premier Soccer League (PSL) for money to help pay his players and avoid a meltdown of the club in the latest twist to an increasingly tardy saga.

SowetanLIVE has learnt that Tshabalala asked the PSL executive committee for a significant loan to tide over his club as he now awaits new offers for the franchise.

Tshabalala is back in control again after the proposed sale of the club to business people Sinki Leshababane and Moeketsi Mosola fell through a fortnight ago.

It has meant another month without pay for players‚ who last week refused to train in protest but did eventually play on Sunday.

They lost their first game of the season in going down 1-0 at home to Maritzburg United.

Tshabalala is heavily in debt after the collapse of his tender empire‚ with money owed both to banks and to the South African Revenue Services (SARS).

An array of Tshabalala’s vehicles were auctioned earlier this month and six houses are be repossessed by the bank‚ according to insiders.

This is on top of a large tax bill which Tshabalala and Celtic owe to SARS.

The debt pile at Celtic is the reason for the collapse of the proposed sale to Leshababane and Mosola.

Insiders say their lawyers advised them against going ahead after due diligence of Celtic’s books‚ which reveal unpaid transfer fees‚ signing-on fees‚ salaries and tax.

The proposed new owners had already fronted R3-milion to keep the club ticking over and pay wages and had been in effective control of Celtic since the start of the season.

They now want their money back‚ claiming Tshabalala was negotiating in bad faith … but will have to get in a long queue of debtors.

Tshabalala‚ who has denied negotiating in bad faith‚ is said to owe between R60-70 million.

He received millions in tenders from the Free State province but then fell foul of political leaders and has seen his empire come crashing down as the money well runs dry.

Celtic is for sale at R40-million but any prospective owners will also be taking on significant debt.

Influential PSL figures have advised Tshabalala he would be best served to give away the club and let any new owner take over the debt‚ otherwise he is going to sink into an even deeper hole.

But Tshabalala is obviously keen to make some money out of the deal to alleviate his situation.

It is understood there has been interest from Jimmy Augousti‚ who was the previous owner and a former player.

He is likely the only chance to keep the club in the Free State‚ which Tshabalala said was his preference.

Now he is happy to sell anywhere‚ he said at the weekend.