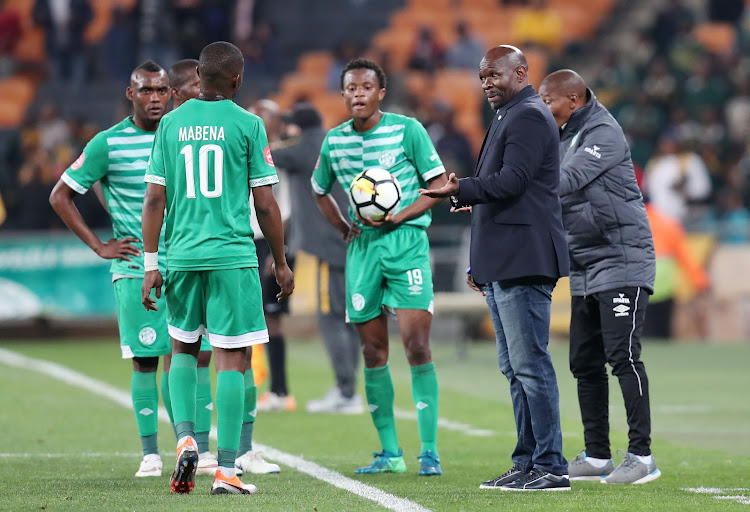 Konco‚ who admitted on radio this week that Celtic are in a state of chaos‚ was adamant that the club's striking players would honour the fixture even though he has had no such assurance from them.

The CEO‚ who said he has remained uninvolved in negotiations by debt-ridden club owner Max Tshabalala to sell the club to business people Sinki Leshababane and Moeketsi Mosola‚ which have since stalled‚ said he believed Celtic’s players would turn out for the match.

The players have been on strike since Monday‚ protesting the failed sale of the club. Some have threatened to terminate their contracts if the club remains under the ownership of Tshabalala‚ who is reportedly in a total R60-million debt and has struggled for months to pay players’ and officials’ salaries.

“We have to play on Sunday‚” Konco said on Friday afternoon.

“The players are on strike. There haven’t really been meetings between the players and management because we know what they’re striking for‚ and it’s not like a strike where you’re negotiating 6% or something like that.

“Let’s just say we’re going to play on Sunday‚ [even though] those players are still on strike.

“It will be a first team. I believe we can convince the players to play. Obviously there’s a bigger picture and I don’t think the players would stoop that low.”

Celtic coach Steve Komphela‚ who arrived after a torrid three trophyless years at Kaizer Chiefs‚ has overseen an excellent start to the season and unbeaten Phunya Sele Sele are in second place with four wins and a draw from five matches.

Konco said Komphela‚ dealt the blow of his players going on strike this week‚ had taken the development in his stride.

“On the first day when he arrived‚ he arrived into this. So it’s not new to him now‚” Konco said.

“It might be new to him in his career because of coaching Bloemfontein Celtic‚ but it’s not new to him now at Celtic.”

Leshabane has alleged that Max Tshabalala negotiated in bad faith‚ and had not been forthcoming providing details of Celtic’s complicated ownership structure‚ where it is registered under two companies‚ as a reason for negotiations breaking down.

However‚ Max Tshabalala’s cousin and lawyer‚ Mandla Tshabalala‚ has alleged these are excuses. He has intimated that Leshabane and Mosola actually do not have the funds to buy Celtic at the R40-million agreed price and after that continue to cover the high costs of running a PSL club.

Leshabane has admitted to paying just a R3-million down payment‚ plus some administrative costs of the club.

A R22-million deposit that was to be paid by Friday‚ in terms of the August 14 sale agreement‚ was not met.

Leshabane and Mosola have reportedly given Max Tshabalala five days to pay back their R3-million.

This while Standard bank reportedly have filed a High Court Application to liquidate Celtic in relation to six home loan agreements made in 2015‚ and contractual obligations amounting to R4-million.

A point for Bloemfontein Celtic at home to ailing Maritzburg United will represent the best ever start for Phunya Sele Sele to an Absa Premiership ...
Sport
3 years ago

Sinki Leshabane says Bloem Celtic buyers ‘made a down payment’

One of Bloemfontein Celtic’s potential buyers‚ Sinki Leshabane‚ has said that they have paid a down payment for the club.
Sport
3 years ago