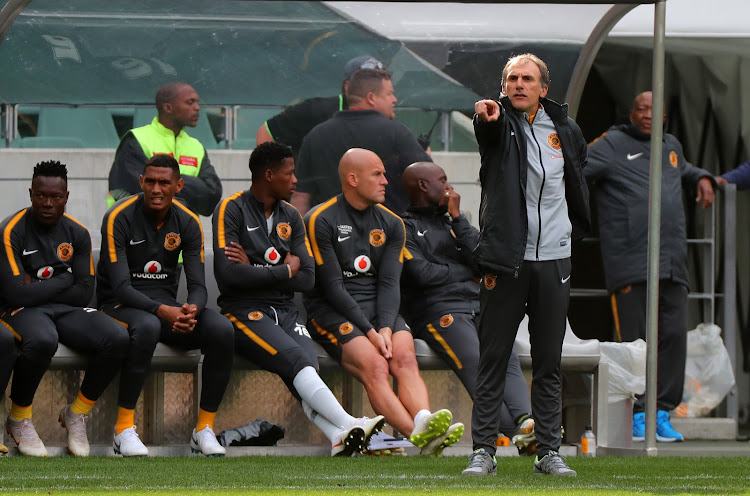 Kaizer Chiefs coach Giovanni Solinas has suggested that he will play Philani Zulu in a more advanced attacking role this season after the player netted his first goal for the club in the 4-1 rout of Cape Town City on Saturday.

Zulu has been used sparingly in this campaign‚ making two substitute appearances‚ but Solinas says he adds great value to the squad.

And while he was previously used as a left wing-back at Naturena‚ Solinas feels he is best utilised in a more advanced role as the side prepares for an away Absa Premiership clash at Free State Stars on Tuesday.

“Philani Zulu for me is an attacking midfielder‚ an offensive winger‚” Solinas said.

“He can play on the left or the right‚ because when he plays on the right he can come inside with the right foot‚ and with the left foot he can shoot or give the assist.”

Solinas has been buoyed in recent weeks by the added competition for places in his squad and says this will bring the best out of players.

He admires the quality of Zulu‚ but defended his low number of appearances this season.

“He is a good player‚ his contribution has been good.

"But in my squad I have a lot of good players‚” Solinas said.

Zulu came off the bench to replace debutant Lebo Manyama on Saturday and added a late fourth goal.

It was his first goal since April 2016 when he netted for former club Maritzburg United in a 4-2 loss against University of Pretoria‚ and only a fourth strike in a Premier Soccer League (PSL) career that spans 118 appearances.

Coach Giovanni Solinas has warned the club’s Premier Soccer League rivals that the best of Kaizer Chiefs is still to come and believes the addition ...
Sport
3 years ago

Free State Stars coach Luc Eymael was not too convinced by Kaizer Chiefs' victory over Cape Town City.
Sport
3 years ago
Next Article