Pitso Mosimane would love to have Phakamani Mahlambi at Sundowns 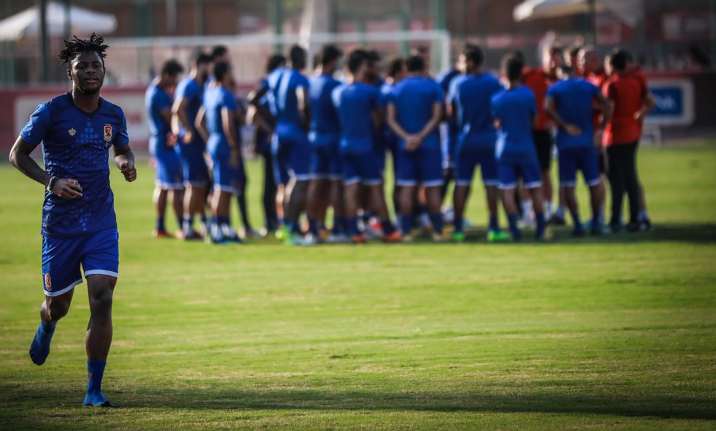 Al Ahly's Bafana Bafana striker Phakamani Mahlambi appears to be training on his own away from the rest of the team in this photo posted by the Egyptian giants on their Twitter account on Thursday August 10 2018.
Image: Al Ahly SC/Twitter

Pitso Mosimane wants to sign Al Ahly star Phakamani Mahlambi and sees the Bafana Bafana forward following in the footsteps of Bongani Zungu‚ Keagan Dolly and Percy Tau‚ who have all secured moves from Mamelodi Sundowns to Europe.

The Sundowns coach‚ however‚ admitted the player’s price tag may put the Tshwane giants off.

The 20-year-old Mahlambi signed for Ahly from Bidvest Wits in September 2017 after impressing for the Clever Boys with nine goals in 27 appearances over two injury-ravaged seasons.

His move on a four-year contract reportedly netted Wits an estimated transfer fee in excess of R20m.

“Am I interested in signing a 20-year-old who is quick and he is a Bafana Bafana player with big room for improvement? Of course yes‚” Mosimane said at the Premier Soccer League offices in Johannesburg on Thursday.

The speedy Bafana youngster has been training alon having requested a transfer from Egyptian giants Ahly because of limited game time and Mosimane is eager to rope him in.

The Sundowns coach sees Mahlambi as a perfect fit to fill the void left by the departure of Khama Billiat and Percy Tau‚ who have since joined Kaizer Chiefs and English Premier League side Brighton Hove & Albion respectively in the off-season.

Under Mosimane‚ Zungu‚ Dolly and Tau made dream career moves to various European clubs and the former Bafana Bafana coach reckons Mahlambi stands a good chance of securing an overseas transfer if he turns out for 2016 Caf Champions League winners Sundowns.

“I see Phakamani following the route of 20-year-old in Bongani Zungu who we signed and went to Europe‚” the coach said.

“We had a 20-year-old we signed in Keagan Dolly who went to Europe. The youngster Percy Tau‚ I think we had him from when he was a 17-year-old‚ he went to Europe.

“If I look at the reference of what I’ve just said I think it makes sense to sign him. It makes sense. We like him but probably we can’t afford him‚” Mosimane said.

Mahlambi took the PSL by storm two seasons ago when Wits coach Gavin Hunt gave him a break as a teenager.

BSA KOd by SABC snub in favour of English soccer