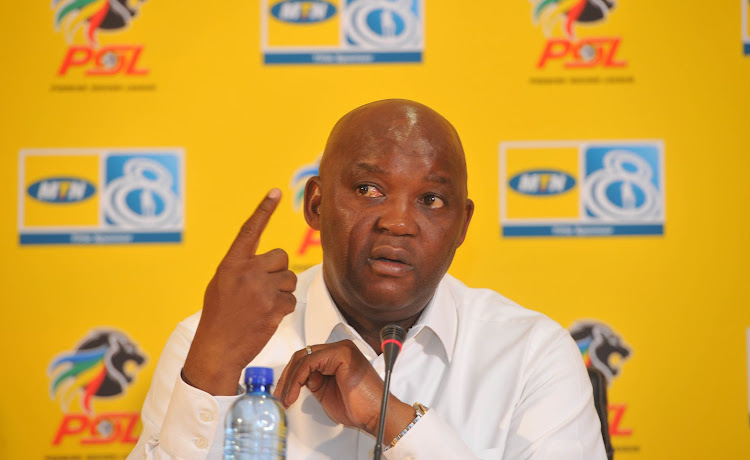 Pitso Mosimane has backed the depth of his squad after a second-string Mamelodi Sundowns narrowly lost their MTN8 semifinal‚ first leg 1-0 to Cape Town City on Saturday.

Sundowns had what looked a good goal by Anthony Laffor chalked off for offside and also hit the woodwork twice in what was a lively display from them despite their defeat.

Mosimane handed first starts to Toni Silva‚ Mosa Lebusa and Sphelele Mkhulise‚ selected midfielder Lucky Mohomi from the start for the first time in 15 months and gave an extended run to new Venezuelan forward Jose Ali Meza among nine changes to his side.

Mosimane‚ who rested majority of his key players in anticipation to Tuesday’s must-win Caf Champions League clash against Horoya of Guinea at home‚ said he was happy with the performance but left disappointed by the result.

“We played well‚ I’m not unhappy with my boys under the circumstances‚ you all know that 90 percent of the team on the pitch has not even played 45 minutes recently‚” Mosimane told reporters after the loss.

“They came here and played a tough game like this‚ it was brilliant and I am happy with the progression. We have a different programme and we are managing it well.”

“We are an ambitious club and that is the price you pay when you are ambitious. When you want more‚ to you have to put in more.

“This is the team we left behind when we went to Morocco to play Wydad Casablanca and if it comes out like this then I am very happy. To match a very good team like Cape Town City‚ I am proud of the boys.”

Mosimane admitted that playing in three different competitions in six days had put a strain on his selections‚ but believes they can cope.

“The league is a different mentality‚ Champions League is different emotions because it is a bigger tournament. When you look up [in the stands] there is a South African flag flying there and it is part of the national agenda.

“Then you have the MTN8 and our supporters are emotional about the cup games‚ you have to pitch up and you can’t give excuses.

“All is not lost‚ we have another chance to play in Pretoria‚ normally there is a goal there for Sundowns.”

Mosimane had praise for both City and their coach Benni McCarthy‚ lauding the work of his opposite number for building a team that likes to play attractive football.

“It was a good game of football‚ very exciting. We never sat for a minute. It was a good display‚ a good brand of football. The teams were trying to play‚ passing the ball and building from the back. “Benni is doing exceptionally well‚ he is growing and showing that he is serious.”

The second leg will be played at the Lucas Moripe Stadium on Sunday.