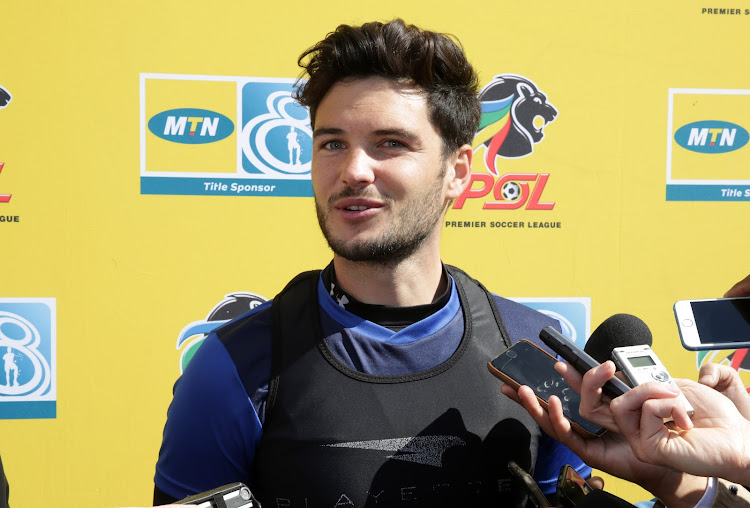 “It will come‚” insisted the Austrian-born midfielder‚ considered one of the team’s mainstays and who is key to their chances as they ready to take on big-spending Mamelodi Sundowns in the MTN8 semifinal‚ first leg tie at Cape Town Stadium on Saturday.

“Sometimes you have to earn your goals and I can see the boys putting in the work on a daily basis and sooner or later it will get rewarded.

“The possession game we play is not bad but we know that football is about scoring goals and we’ve lacked in that way a bit. So we’ve shifted our focus towards it and every single game is different‚ so you can’t compare Sundowns with Golden Arrows.”

City were held to a frustrating goalless draw by Arrows at the Cape Town Stadium last Saturday.

“Against Arrows we probably played tactically slightly different. But Arrows is gone and Sundowns is our next step‚” Putsche said.

City have scored four goals in as many matches this new season. In the last campaign they finished in fifth place despite only scoring 26 goals in 30 league games.

In cup competition they scored eight goals in as many matches‚ losing in the MTN8 final.

Putsche said the new-look City squad had added potential but “you need to give these boys a little time to adapt to the team and to adapt to the league and the brand of football we want to play”.

“But it’s not about ability and potential; it is about consistency at the end of the day‚” he added.