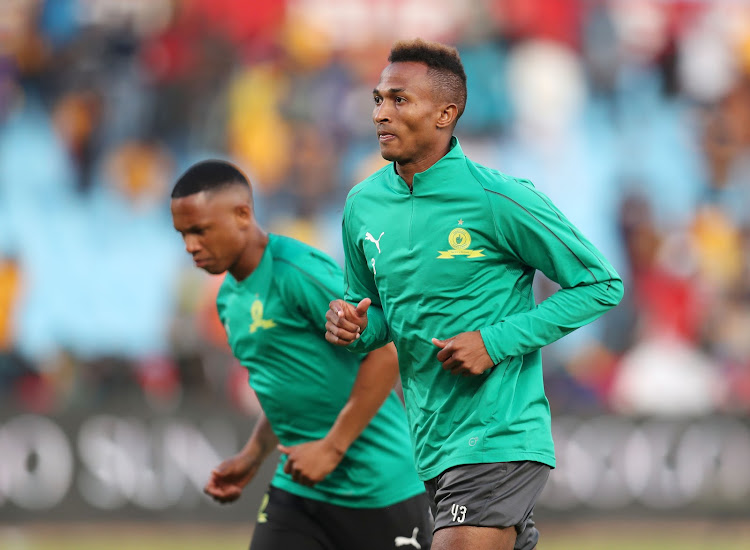 He has only played 10 minutes in the Absa Premiership but Benni McCarthy is raving about him and suggesting he could be the next biggest thing to hit the PSL.

Toni Silva‚ bought from Portugal by Mamelodi Sundowns‚ is originally from the tiny West African country of Guinea-Bissau.

He played at the last African Nations Cup finals in Gabon‚ where the former Portuguese colony made their first appearance at the continent’s showpiece tournament.

They had got there by stunning big guns Zambia in the qualifiers with Toni Silva scoring on his debut away in Ndola in the group preliminaries to get the ball rolling.

But while he is a latecomer to African football‚ Silva’s reputation has come from Portugal‚ where he grew up and was first spotted by giants Benfica and incorporated into their youth system.

Such was his reputation as a teenage prodigy that Liverpool snapped him up without him ever playing a senior game in 2009.

“I think once he is unleashed South Africa is going to have a new superstar playing in our league because he’s just a class above most players we have‚” McCarthy said.

“He comes with pedigree‚ European experience and he’s been at youth level at Benfica and at Liverpool and I don’t think you get better education than at those two clubs.”

“It’s true that I was not very happy at Liverpool but I’ve gained experience‚” Silva said in an interview in the Portuguese press several years later.

“To play more‚ I was loaned to Northampton Town but I didn’t like the experience‚ because they only played British players.

“When I realised that I would have no more opportunities at Liverpool‚ I decided to terminate my contract.”

Spells at Barnsley‚ Eric Tinkler’s former club‚ and Dagenham & Redbridge followed before he decided to ditch England altogether and the 24-year-old has continued on a nomadic existence at CSKA Sofia in Bulgaria‚ Turkish outfit Sanliurfaspor and at Uniao Madeira in Portugal.

Last season‚ Silva was at Levadiakos in Greece but started only seven league and cup games and did not score‚ playing either as right winger or as a second striker.

He quit the club in March‚ before the end of the season‚ and signed for Sundowns in May where coach Pitso Mosimane has done with him what he does with all his new foreign signings – bring them along slowly to get them to adapt to the PSL’s frenetic style.

Silva could finally find stability in Mzansi if he hits it off‚ as McCarthy predicts he will.

He made a cameo appearance on Wednesday when Sundowns played against Highlands Park and could be unleashed again on Saturday in the MTN8 semifinals against City at Cape Town Stadium on Saturday.