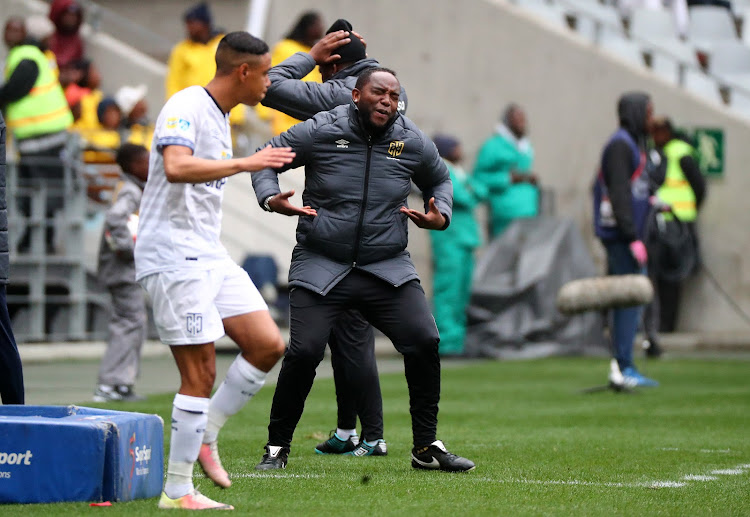 Cape Town City coach Benni McCarthy was pleased with his side’s 1-0 MTN8 semifinal‚ first leg victory over Mamelodi Sundowns on Saturday‚ but rued the fact that his side could not really punish the “best team in the league”.

A second-string Sundowns side had a good goal chalked off for offside‚ also hit the woodwork twice and they were unfortunate not to get a draw at least.

But City also had a host of chances to go into the second leg with a greater lead in what was a pulsating match at the Cape Town Stadium.

“A 1-0 scoreline doesn’t reflect in the excitement the game had‚” McCarthy said.

“Tactically we got it right in the second half. We were much better and played how we should have at the start of the game.

“We were fortunate to go into halftime at 0-0 and I said to the players that we must dictate the game and control the pace of the game.

“As much as they are Sundowns players and are the best players we have got in the country‚ if we apply pressure higher up the pitch‚ then we started controlling things and starting to play our football.”

The excellent set-piece delivery of Ayanda Patosi provided constant threat through the game and eventually resulted in the only goal for defender Taariq Fielies after 75 minutes.

“I asked the players to make use of our aerial strength because we have the best deliverer of the ball in the local game in Patosi‚ and he was putting balls into the area that we asked him too‚” McCarthy said.

“But the okes just didn’t have that willingness to get hurt at times‚ to put the ball in the back of the net.

“I still feel like we let them a little bit off the hook‚ but overall I am happy with the effort‚ the attitude‚ mentality and just the perseverance of the guys.

“We were able to score a goal and last weekend against Lamontville Golden Arrows was such a frustration because we didn’t have one shot on target‚ but this week we could have really punished the best team in the league.”

The second leg will be played at the Lucas Moripe Stadium on Sunday.