Komphela's return to FNB produces a thriller between Celtic and Chiefs 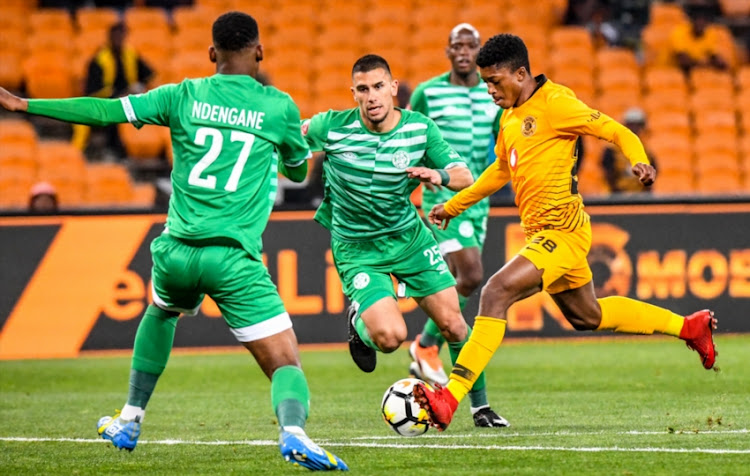 Chiefs' headline signing Khama Billiat scored his third of the season in the 37th minute. Khotso Malope, promoted last year and playing his first game of the campaign, scored his first Amakhosi goal in the 64th minute of what seemed to be headed for a somewhat stylish victory for Chiefs.

But, after doing all the hard work, Chiefs' defensive issues were exposed as substitute Menzi Masuku pulled one back for Celtic in the 76th, and the industrious Ndumiso Mabena stunned Amakhosi with a long-range equaliser three minutes later.

In a nervy start under new coach Giovanni Solinas that drew much scepticism, things have appeared to look up for Amakhosi.

Their 2-2 draw away against SuperSport United in Sunday's first leg of their MTN8 semifinal put Chiefs in a good position to reach a cup final under Solinas - in less than 10 matches.

That would be some feat for a coach who arrived a month into the preseason, and walked into the pressure situation of a club's supporters grumbling from three seasons without a trophy under predecessor Komphela.

Most encouraging is the football in attack. However poor defensive organisation is proving concerningly costly.

As against SuperSport some promising Chiefs passing to attractively work their way to a 2-0 lead was let down by poor communication at the back and Celtic's late stunners.

Malope came into Solinas's  starting XI for Bongolethu Jayiya for just a fifth Chiefs cap. Bruce Bvuma was in goal for Itumeleng Khune with a hand injury.

Amakhosi were value for their goal's lead by the break. Celtic always looked dangerous on the counter and had their chances, but they came against the flow.

In the 13th Siphelele Ntshangase's cross was back-heeled by Leonardo Castro to skim the right upright. A Dumisani Zuma curler thudded onto the bar.

Chiefs' opener was classy. Ntshangase provided the champagne pass from the middle that put Billiat down the left. The forward held off Tshepo Rikhotso cutting inside and finished low past Patrick Tignyemb.

Chiefs continued to turn on the style to pin Celtic back in the second half, and from another sweeping movement Castro slipped Malope down the right to chip Tignyemb.

Amakhosi, though, continue to have questions in defence.

Substitute Masuku played a one-two with Mabena that looped over the head of Daniel Cardoso for the former to rifle past Bvuma.

Celtic's second was justly scored by Mabena fashioning space on the edge of the area and producing a delicious drive into the top-left corner.