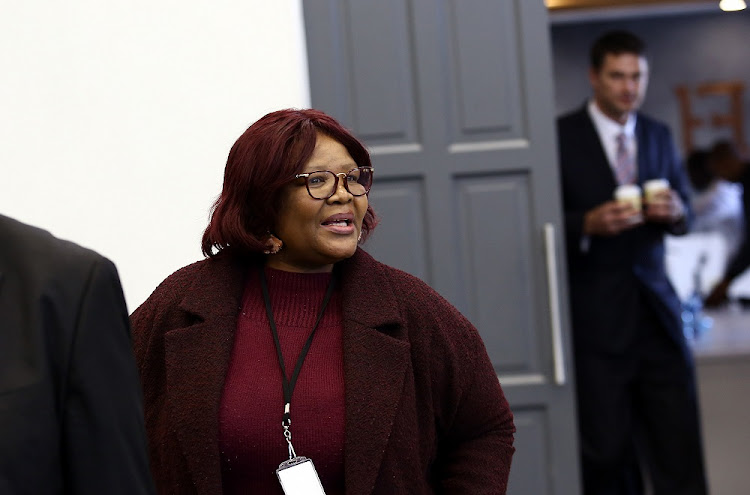 Former ANC MP Vytjie Mentor appears before the State Capture Commission of Inquiry in Parktown, Johannesburg, where she is giving evidence on the Gupta family's alleged influence on state related matters including appointing of cabinet ministers.
Image: MASI LOSI

Former ANC MP Vytjie Mentor has testified that a Gupta brother arrived at her hotel in China during a 2010 state visit‚ having been sent by then-president Jacob Zuma to take her to meet with him.

She said the Gupta brother told her that “he leads the advance team” for Zuma‚ echoing what Rajesh Gupta had told her when he was introduced to her by Zuma’s son Duduzane on her flight to China.

“I said that I was not going to leave with him. I told him in no uncertain terms‚” Mentor testified.

Initially‚ she said‚ the man was boastful about his power and status as the man leading Zuma’s “advance team”. But he became more aggressive when she refused to come with him‚ and told her he would phone Zuma. “When he called me back‚ he said the president insists that I must come.”

Mentor said she refused‚ citing security concerns. She also found it “strange” that Zuma would want to meet with her in China‚ given that she had repeatedly tried and failed to meet with him in South Africa.

“I was very unnerved. I was very frightened.” She added her concerns were also driven by Zuma’s “reputation with women”.

The Gupta family allegedly received R5-billion in kickbacks through multiple shelf companies to “facilitate” R25-billion in contracts between South China Rail and Transnet.

Mentor earlier testified that Zuma’s son Duduzane had introduced her to Rajesh Gupta during her 2010 flight to China – the same year that the Guptas offered her the position of public enterprises minister. At the time‚ Mentor was the chairperson of parliament’s public enterprises committee.

“He (Duduzane) said I was doing sterling work at Parliament‚” Mentor said‚ adding that he had also introduced her to controversial arms deal advisor Fana Hlongwane – the same man who ex-deputy minister Mcebisi Jonas fingered as a witness to an alleged Gupta bid to bribe him.

That China trip‚ which was paid for by Transnet and arranged by alleged Gupta lieutenant Iqbal Sharma‚ ultimately cost Mentor her position.

We will know the commission has been a success when those who have looted our resources are behind bars.
Opinion
3 years ago

She was fired following an investigation into the payment of R155 000 by Transnet for Mentor to accompany Zuma. She claims her axing was part of a smear campaign against her.

Mentor has yet to testify about the Gupta family’s alleged bid to offer her the position of public enterprises minister Barbara Hogan in 2010. She first revealed the alleged Gupta bribe in a Facebook post in March 2016.

She wrote: “But they had previously asked me to become minister of public enterprises when Barbara Hogan got the chop‚ provided that I would drop the SAA flight-route to India and give it to them. I refused and so I was never made a minister. The president was in another room when they offered me this in Saxonwold.”

Former ANC MP Makhosi Khoza reacts to the revelations from the state capture inquiry hearings so far and also answers our question on whether she thinks former president Jacob Zuma will come to testify.

Mcebisi Jonas has begun testifying at the Zondo commission into state capture.
News
3 years ago

Former finance minister Nhlanhla Nene was fired by former president Jacob Zuma because he refused to sign off on the nuclear deal‚ former deputy ...
News
3 years ago

Mcebisi Jonas has made a bombshell revelation at the state capture commission of inquiry about how the Hawks unity attempted to deliberately sabotage ...
News
3 years ago
Next Article