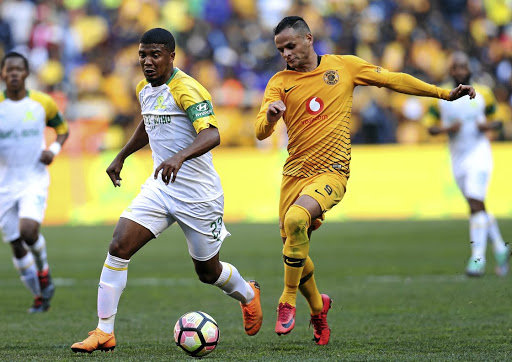 Lyle Lakay will get a chance to shine against his former teammates when Mamelodi Sundowns face off against Cape Town City in the first leg of the MTN8 semifinal on Saturday.

Sundowns coach Pitso Mosimane has confirmed that Lakay‚ who joined from City last month‚ will be in the starting lineup for the Brazilians at the Cape Town Stadium.

The 27-year-old Cape Town-born star had a dream start to his career with Sundowns having started in all of their opening three Absa Premiership matches this season and the MTN8 2-0 quarterfinal win over Lamontville Golden Arrows last week.

Lakay‚ converted form a winger to a left fullback by Mosimane‚ was introduced in the last five minutes in the goalless home league draw against Highlands Park on Wednesday‚ where Tebogo Langerman started at left-back.

“Lyle must play against City. That’s why I brought him in the last five minutes against Highlands‚” Mosimane confirmed.

“Probably he’d love to play against Cape Town City. That’s where he comes from. But it’s not about that‚ it’s about making sure that I look after the programme.

Lakay is not registered for the Caf Champions League for Sundowns so by necessity misses the must-win Group C match at home against Horoya of Guinea next week Wednesday.

The player is cup-tied having turned out for Cape Town City in the Caf Confederations Cup before joining Sundowns.

As has been the case in the last five years under Mosimane’s reign‚ Sundowns have had a challenging schedule having to compete in five competitions – the Absa Premiership‚ MTN8‚ Telkom Knockout and the Nedbank Cup.

The coach said he has had to rotate his squad to manage their workload of the players.

“Sometimes my players are not happy with me and they say coach what are you doing? But you can only know when the season ends if its right or wrong‚” the coach said.

In this instance‚ it makes sense for Lakay to play against City‚ and rest Langerman so he will be fresh against Horoya.