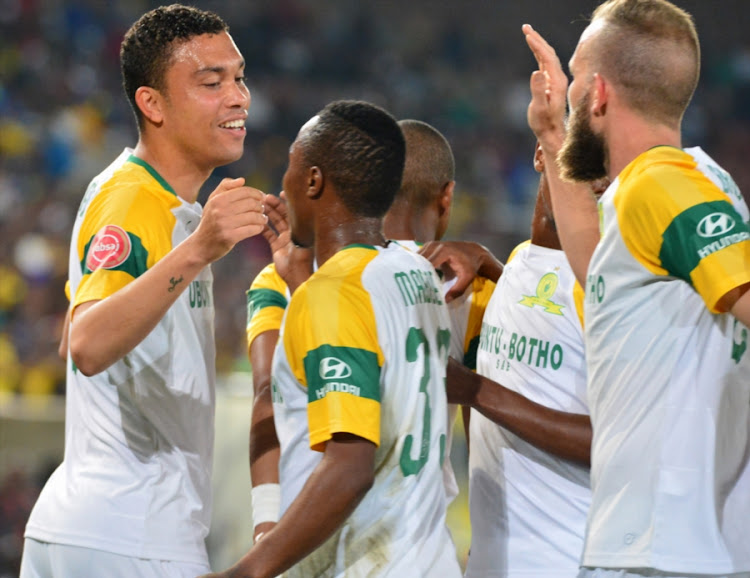 Mamelodi Sundowns moved to second spot on the Absa Premiership standings with four points after a 2-0 win over Polokwane City at Peter Mokaba Stadium in Polokwane on Tuesday night.

This victory for coach Pitso Mosimane was secured through a goal in each half from defender Ricardo Nascimento and attacker Lebohang Maboe as Sundowns got their title defence on track following an opening day 1-1 draw with Kaizer Chiefs last weekend.

It was also sweet revenge for Mosimane as City took six points from Sundowns last season with a 2-1 win at Loftus, where Rodney Ramagalela scored a brace, and they completed a rare double with a 3-2 win in the second round.

AmaZulu’s attempt to stop the start of the MTN8 competition will continue on Wednesday afternoon after Judge Denise Fischer reserved judgment at the ...
Sport
4 years ago

However, this victory came at a price for Sundowns as they have lost first choice goalkeeper Denis Onyango with suspected concussion as he departed the stadium in an ambulance and his neck supported by a brace shortly before half time.

Onyango collided with City striker Mbulelo Wagaba and landed awkwardly after they went for an aerial ball and he was replaced by Kennedy Mweene, who is likely to be called again for duty in the MTN8 quarter-final clash against Lamontville Golden Arrows on Saturday at Loftus.

For City coach Jozef Vukusic, it is worrying as they are languishing at the foot of the table with nothing to show for their troubles after they both their opening matches.

Mosimane made four changes to the team that drew with Chiefs with Thapelo Morena coming in for Anele Ngcongca and Motjeka Madisha replacing Wayne Arendse in the defence.

In the midfield, Tiyani Mabunda replaced captain Hlompho Kekana while Maboe, who made his debut as a late substitute against Chiefs, made his first start in the place of Sibusiso Vilakazi in the attacking department.

Denis is in a stable condition and will have multiple tests done following a serious head injury. #Sundowns #DownsLive #DownsCity #AbsaPrem

When they take on Arrows on Saturday, Sundowns will be playing their third competitive match in seven days and there is a possibility of Mosimane making changes with the likes of Kekana and Vilakazi coming on with fresh legs.

The first goal came after eighteen minutes through Nascimento who headed home a well taken pass from Uruguayan Gaston Sirino as the his Brazilian counterpart registered his second goal of the season in as many games following a penalty conversion against Chiefs.

Sundowns increased their lead in the 53rd minute when Maboe also used his head to beat City goalkeeper George Chigova from a long range free-kick by Lyle Lakay that came after Jeremy Brockie was fouled by Nicholas Motloung.

City also had their chances in the match from twin strikers Ramagalela and Wagaba but their threats did not possess too much Vernon to trouble Denis Onyango and later Mweene in goal for Sundowns.

Sundowns have four points from two matches while City remain win-less and scoreless at the bottom of the log standings.

AmaZulu’s attempt to stop the start of the MTN8 competition will continue on Wednesday afternoon after Judge Denise Fischer reserved judgment at the ...
Sport
4 years ago

Bloemfontein Celtic have been sold in principle for R40-million to Free State businesswoman Sinki Leshabane‚ who now has 30 days to come up with the ...
Sport
4 years ago
Next Article