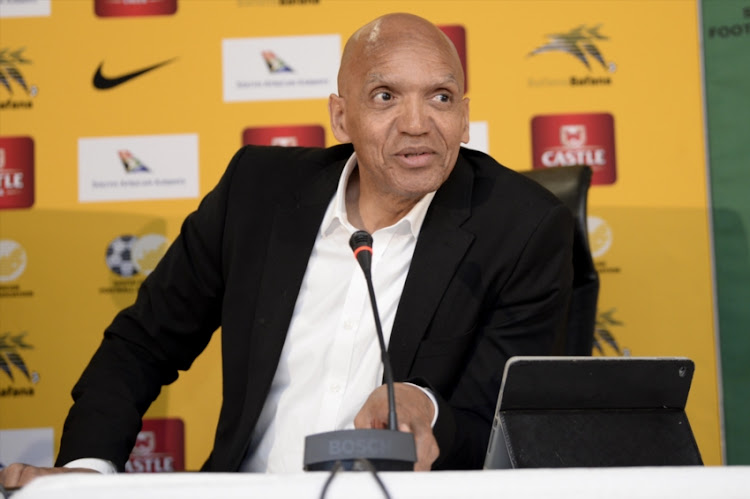 The South African Football Association (Safa) expects to incur losses of around R20-million in the financial year ended June 30 and the unimpressed organisation has laid the blame at the door of the cash-strapped SABC.

Between 60 and 70 percent of Safa's revenue is generated from their partnership with the SABC and the public broadcaster is supposed to pay about R10-million a month for the right to broadcast Bafana Bafana‚ Banyana Banyana‚ SAB League National Championship‚ junior national team and ABC Motsepe League matches as per the terms of a contractual agreement that ended in April.

But according to Safa‚ the broke public broadcaster has failed to honour its financial obligations for several months now and the SABC owes them over R50-million from the previous agreement.

A new contract is yet to be signed because the SABC "wants to reduce the amount significantly before signing."

Safa chief financial officer Gronie Hluyo told SowetanLIVE that the SABC’s financial woes have had a devastating effect on the football governing body’s cashflow and they have their backs against the wall.

“Every quarter‚ which is basically every three months‚ the SABC is supposed to pay us R27‚5-million‚” said Hluyo.

“So every three months that is R27‚5-million cash that is supposed to come in but we are not getting now. So for the year ended June 30 there is an impact on our financial statement.

"By the end of August‚ which is the second quarter‚ we should have received R27‚5-million times two‚ which is R55-million that we were supposed to get from them.

SABC spokesperson Kaizer Kganyago was not available for comment.

Bafana play 2019 African Nations Cup qualifiers against Libya in September and the Seychelles in October and Safa CEO Dennis Mumble said given that the SABC has already failed to meet its financial obligations in the last few months‚ there is a strong possibility of a blackout.

“For May and June of our financial year we are without income which is now dragging us below our break-even point‚” Mumble said.

“So we are going to end up showing a loss this year because of that. If we did have the broadcast contract renewed we would be showing a profit.

“But we are now sitting with a deficit for the financial year because of the situation at the SABC.”

Hluyo echoed Mumble and said the SABC was to blame for Safa’s current predicament.

“We are going to be in a loss situation because of the SABC‚” Hluyo said. “But also cashflow‚ the cash that was supposed to come in‚ did not come in. But our expenses are continuing on a monthly basis as normal.

“So that is how it is affecting our normal day to day operations. It is quite tight and we are having to prioritise what we pay and what we do not pay.”

Mumble said the SABC has so far displayed an indifferent attitude towards South African football and the impasse could drag on to the detriment of the nation’s soccer lovers.

“In a way you can understand that the people who are there now are not to blame for the mess that the SABC is in but that does not help us.

“That does not help us‚” Mumble said. “We are now ourselves suffering because they have not renewed the agreement to broadcast any of Safa’s properties.”