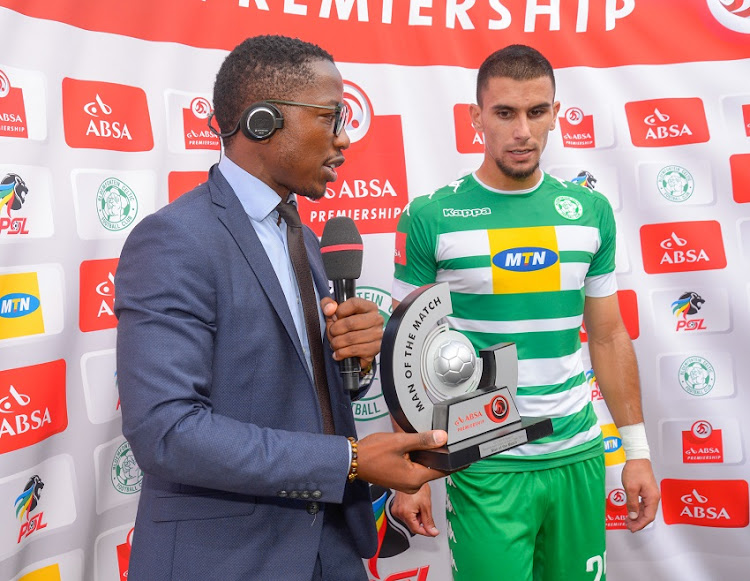 Lorenzo Gordinho appears to have resigned himself to spending the next six months on loan at Bloemfontein Celtic‚ with a potential move back to Kaizer Chiefs apparently no longer likely.

The centreback’s agent‚ Mike Makaab‚ said that Gordinho is happy currently at Celtic‚ where he is hoping to get a lot of game time in the remaining six months of his loan there from Amakhosi.

Earlier this off-season Makaab had been trying to negotiate an early release back to Chiefs from Gordinho's loan‚ and Amakhosi were keen to have the player back.

But Celtic did not want to let Gordinho go from the year's loan that started in January.

“He’s on loan until the end of December and we’ll just have to wait and see how it plays out‚” Makaab said.

“The loan has always been in place.

"He was hoping to go back to Chiefs. But he seems to have settled in again at Celtic.

“And I think the most important thing is that he must be given an opportunity to play.

“He did well with Celtic in the second half of last season and we’re hoping for much of the same from him this season.

“And listen‚ he’s a thorough professional. I had a chat with him a few days ago and he said‚ ‘Listen‚ everything’s going fine’‚ and that he’s going to work his socks off and take it a day at a time.”

Gordinho has reunited at Celtic with the coach who loaned him out from Chiefs‚ new Phunya Sele Sele boss Steve Komphela.

Komphela left Amakhosi in April as he approached three seasons at the Soweto giants without a trophy.

Celtic have been facing an uncertain future‚ with cash-strapped owner Max Tshabalala trying to sell the club but struggling to find a buyer.

Makaab‚ though‚ said Gordinho will remain at Celtic‚ with perhaps the only factor that might change that being if Chiefs were to up the ante negotiating for the player’s return.

“I’m happy where he is. Unless Chiefs want to seriously look at him to come back‚” Makaab said.

“But what we don’t want is for him to go back to Chiefs and not get game time. It’s not good for him as a footballer.”

Gordinho’s contract with Chiefs also ends in December‚ and Amakhosi will have to negotiate with the player for a renewal if they want to keep him.