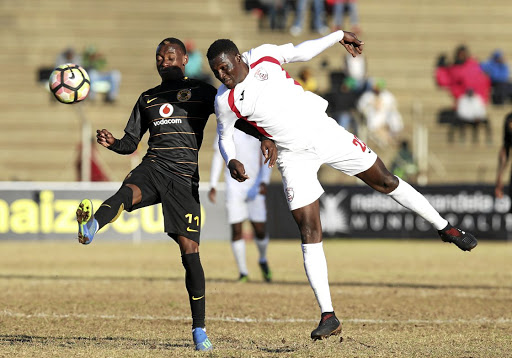 Khama Billiat of Kaizer Chiefs, see here fighting for the ball with Bangaly Keita of FS Stars, is among recent additions to the squad.
Image: Muzi Ntombela/BackpagePix

Ex-Kaizer Chiefs defender Fabian McCarthy believes the team looks balanced ahead of the 2018/19 season, but can do with a couple more experienced campaigners.

Amakhosi have brought in goalkeeper Virgil Vries, left-back Letlhogonolo Mirwa, forward Khama Billiat and attacking midfielder Andriamirado Andrianarimanana, but the latter's Madagascan club, Fosa Juniors have expressed their disapproval at how Chiefs signed him and as a result, he's yet to arrive in SA.

The above-mentioned signings added to those of Kabelo Mahlasela, Siphelele Ntshangase and Leonardo Castro who joined in January.

McCarthy, who played for Chiefs between 2003 and 2008, maintained in an interview with Sowetan yesterday that Chiefs' squad is looking a lot stronger, but that they still need a few more players to help them end their three-year dry spell.

"I would say maybe Chiefs need to get the defender from Ajax [Cape Town], Mosa Lebusa and another suggestion would be an experienced box-to-box player," McCarthy said. 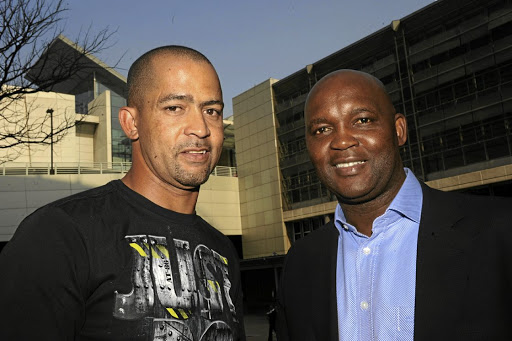 "Lebusa can cover at left back and can play in central defence. His experience will help and benefit the team. Overall, he's good in the air and strong in tackles, you know.

"He's also one that can get you goals. It's one of Chiefs' strong points that they get goals from corner kicks and set-pieces close to the opposition area."

In the past few years, Chiefs have had the likes of centre back Tefu Mashamaite, who was strong in the air and capable of scoring goals, while his partner Eric Mathoho was just as good.

Lorenzo Gordinho came in following Mashamaite's departure in 2015, but he has since been loaned to Bloemfontein Celtic, which opened up a spot for Daniel Cardoso.

Speaking of a box-to-box player, McCarthy believes Chiefs must also get an experienced campaigner.

"If [Willard] Katsande and [George] Maluleka are both out, who are you going to throw in there? It must be an experienced campaigner or somebody that has PSL experience," he explained.

Chiefs, meanwhile, continue to be linked with Baroka's Talent Chawapiwa, who could be useful at left wing.

They are also thought to be after former Ajax striker Tendai Ndoro and Egyptian marksman Amr Gamal, who was once on Bidvest Wits' books and has now returned to Al Ahly after a short stint in Finland.