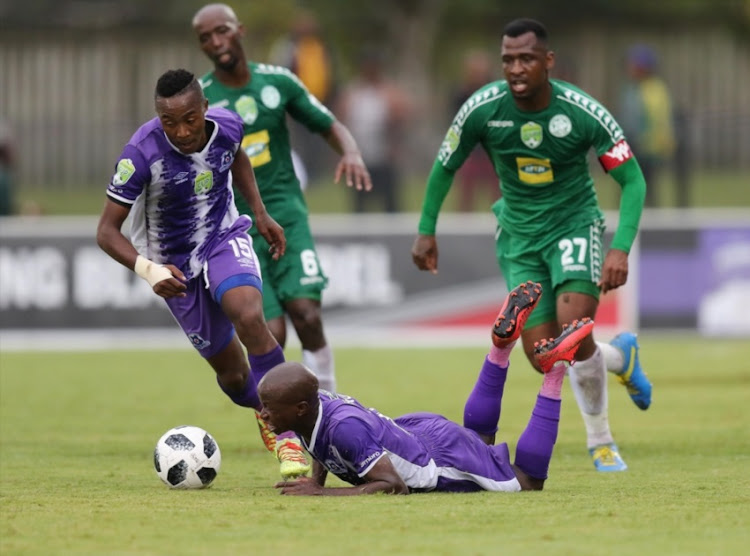 Maritzburg United are having their best season on record, and now they are into the Nedbank Cup semifinals after edging Bloemfontein Celtic out 2-1 in Saturday's quarterfinal at Harry Gwala Stadium.

Lebogang Maboe put United ahead in the first minute, Jacky Motshegwa equalised for Celtic in the 76th, then Andrea Fileccia scored the 80th-minute winner.

A makeshift defence – United were missing stalwarts Bevan Fransman and Brian Onyango, with Bokang Tlhone and Rushine de Reuck coming in – meant Maritzburg never quite had the platorm that the stingiest defensive team in the Premier Soccer League normally launch their attacks from.

But they did still have their famed counterattack and, while Celtic had their chances, Maritzburg had more.

Ultimately the young, exciting, team from the KwaZulu-Natal capital, led from midfield by the promising playmaker Lebogang Maboe, who was man of the match, had too much energy and pace for a determined Celtic to contend with.

Maritzburg took the lead 26 seconds from the start. Celtic right-back Aphiwe Lubisa’s attempt at a clearance at the touchline was blocked by Filecia and fell to Maboe on the edge of the area.

The pace of Maritzburg’s attack troubled Celtic, and in the 25th a route one ball from Richard Ofori eluded everyone, except a slight touch from Fileccia, and Bandile Shandu was free to run through one-on-one with Dambe, smashing a strike onto the crossbar.

It had been all United in the opening 25 minutes. Celtic got into the game when Lucky Baloyi struck a drive with venom from outside the area that Ofori pushed around the post. From Kabelo Dlamini’s corner Ronald Pfumbidzai's header was into the ground and onto the bar.

But it was the Maritzburg counterattack that remained the telling factor in the game.

Early in the second half a fine example of one of these saw Shandu played into space down the right, opening Celtic. Shandu squared to Deolin Mekoa, free in the middle, whose deflected shot was well kept out by Dambe.

Dlamini's free-kick forced a save from Ofori for Celtic.

That chance showed the Free Staters were still in the game, though when they equalised it came with a touch of fortune. From a Dlamini corner, the ball fell to substitute Jacky Motshegwa in the area, who took a shot that was aimed well wide and took a big deflection past Ofori.

Within four minutes it was a beautiful playmaker’s pass from the middle by Maboe that put Fileccia through on the left to restore Maritzburg’s lead, the Belgian finishing calmly low past Dambe.