AmaZulu's joy at their return to top eight 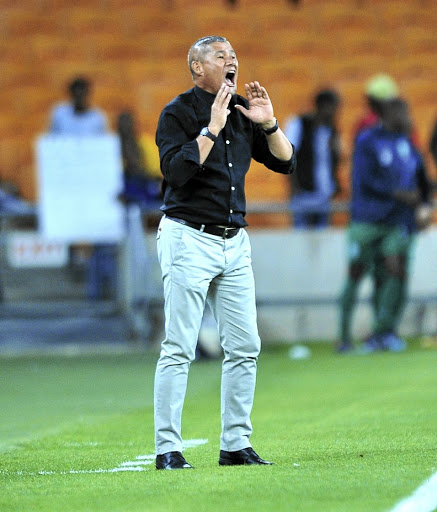 AmaZulu coach Cavin Johnson feels that justice has been served after their spot in the Premiership top eight was effectively restored following the Tendai Ndoro ruling at the South Gauteng High Court yesterday.

Ajax Cape Town successfully appealed an arbitration ruling that saw them docked nine points which plunged them down to the NFD via automatic relegation.

Arbitrator Advocate William Mokhari penalised Ajax for fielding Ndoro who was found to have been ineligible after playing for three different clubs in a single season - which is against a Fifa rule.

When the Urban Warriors were docked points, the points were handed to opponents SuperSport United, Polokwane City and Platinum Stars.

As a result, the log standings changed dramatically to the effect that AmaZulu fell out of the top eight while SuperSport finished in the top half.

As one of the clubs impacted negatively by the arbitration decision, Usuthu are understandably chuffed with yesterday's ruling by Judge Denise Fisher.

"I was in the top eight initially so I am back and I am happy, hey. As a club there can be no complaints because this is how it was meant to be," Johnson said.

"I did my job on the field and so whoever wasn't supposed to be there is now out. It's now back to [the] original state [of the standings]."

The judgment in effect restored Ajax to 15th place in the Premiership which could mean that the playoffs must be replayed between the Mother City side, Black Leopards and Jomo Cosmos.

Leopards, who won the playoffs and promotion to the top league, would feel hard done by after winning the mini-tournament but they would hear none of the replay stuff when contacted yesterday.

Club boss David Thidiela said: "Why do you want me to get involved? For Black Leopards it business as usual and I do not understand why people want to hear our reaction because we have not even played against Ajax Cape Town."