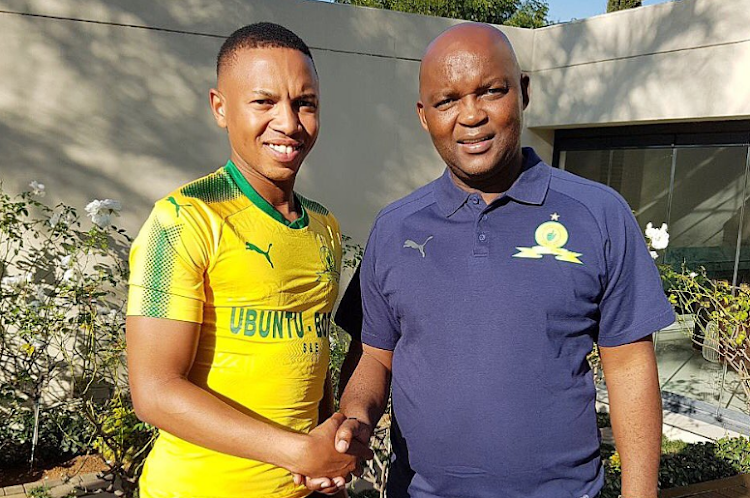 ANDILE JALI Andile Jali is relieved to have finally put pen-to-paper to sign a five-year contract with Mamelodi Sundowns and end the speculations that surrounded his next destination.

The transfer window only officially opens on July 1‚ but there have already been some intriguing moves announced by Premier Soccer League clubs ahead of the new season.

SowetanLIVE looks at 10 new signings that could be game-changers for their clubs this season. 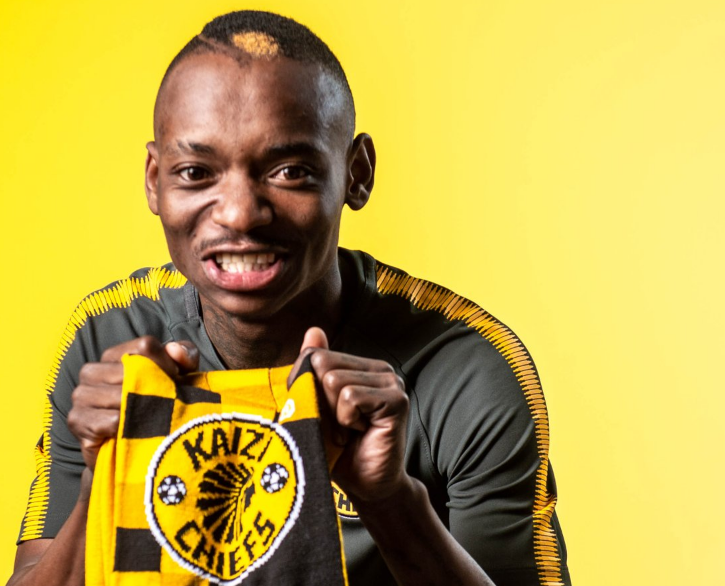 Billiat is the marquee signing of the window for Chiefs‚ having reportedly turned down the opportunity to further his career in North Africa or Europe.

It is a big show of intent for Chiefs‚ who are coming off three barren seasons without silverware and have been desperately short of goals for much of that run.

Billiat moves to his boyhood club‚ but there are some in South Africa and Zimbabwe who have questioned whether he should not have taken the opportunity to test himself abroad‚ rather than in a league he has already mastered.

Fransman‚ such a rock at the back for Maritzburg last season‚ was not happy with the contract offer on the table by the KwaZulu-Natal side and so leaves on a free to newly-promoted Highlands Park.

The Premier Soccer League transfer window is not even officially opened yet‚ but we already half a century of confirmed deals.
Sport
3 years ago

Highlands realized in their last season in the top-flight in 2016/17 that a lack of experience at the back cost them and so have brought in one of the most seasoned defenders in the PSL to bring leadership and organization.

It could well be their most crucial signing of the close-season.

Gnanduillet is a much-travelled French-born Ivory Coast striker who has experience of playing mostly in England.

He will be an unknown for PSL defences and can play as a central forward or out wide.

He doesn’t come with the greatest scoring record in England’s lower leagues‚ having netted 27 goals in 172 appearances‚ but played a lot of games at every club he turned out for‚ so was obviously valued for other aspects of his game.

Jali joined Sundowns as a free agent having terminated his contract at Belgian side KV Oostende by mutual consent in April.

There have been some concerns that he is returning to the PSL to coast through the remainder of his career on big money at Sundowns‚ but the player has given a strong retort to this.

He certainly adds plenty of experience and quality to a Sundowns midfield that is already well stocked with top talent and it leaves the future of the likes of Lucky Mohomi in doubt. 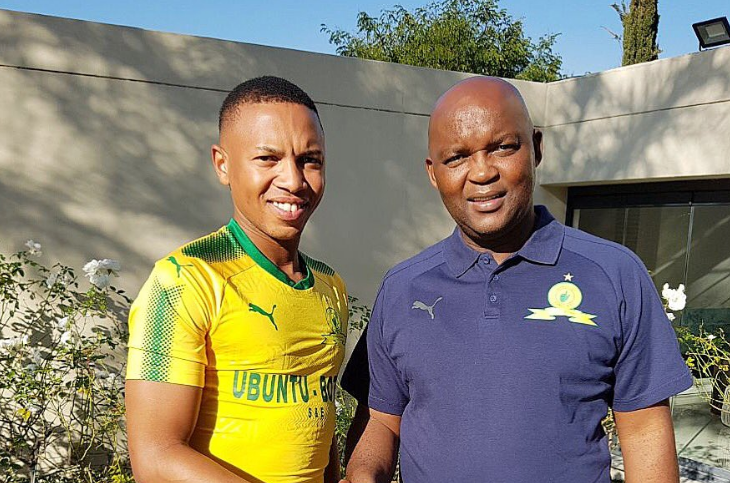 ANDILE JALI Andile Jali is relieved to have finally put pen-to-paper to sign a five-year contract with Mamelodi Sundowns and end the speculations that surrounded his next destination.

But with Sundowns needing to complete their Caf Champions League campaign this season‚ and then moving straight into the next that runs from November-May‚ they will need all hands on deck.

Khuzwayo is on a short list of players that have moved directly from Chiefs to Orlando Pirates‚ though he does so as a free agent with his contract at Naturena up on July 1.

The goalkeeper position has been an issue at Pirates for some time – probably since the tragic death of Senzo Meyiwa – and in Khuzwayo The Buccaneers have secured one of the best in the PSL.

Khuzwayo was an excellent understudy to Itumeleng Khune at AmaKhosi‚ but was always unlikely to unseat the country’s undisputed number one on a permanent basis. 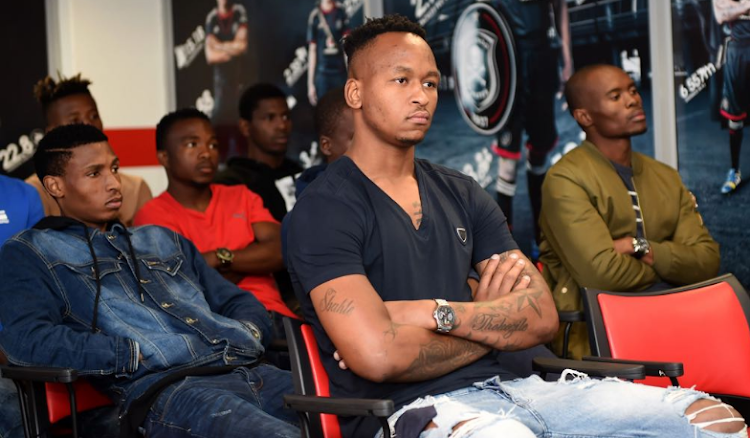 This is a good move for both the player and Pirates and he is likely to be installed as their number one from the start of the season.

The loss of captain Robyn Johannes to BidVest Wits is a big blow for Cape Town City‚ both in terms of ability and leadership‚ but they hope to have plugged that gap with the acquisition of much-travelled Ivorian defender Kouadja.

The 23-year-old has spent most of his career in Eastern Europe‚ most recently with Russian side Tambov‚ though he failed to make an appearance for the first team.

He has also played in Romania‚ Moldova and Belarus‚ hardly hot-spots of European football‚ but he will have learnt much in those spells.

If Bidvest Wits had a regular goal-scorer last season they would likely have been among the title challengers again‚ but they were so wasteful in front of goal it became painful to watch.

In that regard Macuphu is an interesting signing‚ a player who has previous PSL experience with Lamontville Golden Arrows‚ Polokwane City‚ Jomo Cosmos and previous club Chippa United‚ but has also spent the last few seasons in the National First Division.

He only joined Chippa in January from Cosmos‚ but proved a good acquisition with four league goals in 11 starts and some good all-round contributions.

He has 17 goals in 50 starts in all competitions in the last two seasons.

Like Macuphu‚ Mntambo is another player who joined Chippa from Cosmos in January and has now been sold to Pirates as they look to build capacity for their assault on the Absa Premiership and Caf Champions League.

The 29-year-old midfielder also gave a good account of himself in his short stay in Port Elizabeth‚ and brings goals from the middle of the park wherever he has played before.

He managed 10 goals in 26 starts for Cosmos and Chippa last season‚ a fine return and it will be fascinating to see how and when he is used at Pirates.

Setelele had a fine season in the NFD with now defunct Cape Town All Stars and is looking forward to finally getting his shot at the PSL this term.

The former Mamelodi Sundowns and Bidvest Wits junior failed to crack it at those clubs‚ but has shown enough at All Stars in the last season to suggest he is ready for the big time.

The 23-year-old netted nine goals in 23 starts and was also a steady provider of assists with his pace and skill on the ball.

The 30-year-old Argentine forward has spent the last seven seasons with Auckland City in New Zealand‚ where he had an amazing scoring record.

After losing Brilliant Khuzwayo to their arch foes Orlando Pirates on a free transfer this month‚ Kaizer Chiefs have signed former Baroka goalkeeper ...
Sport
3 years ago

He netted an impressive 93 goals in 137 appearances for the side in both domestic and international competition‚ and some comes to the PSL with a reputation as a poacher.

Tade holds the record for the most appearances at the FIFA Club World Cup‚ having represented Auckland City there every year between 2011 and 2017.

He will certainly find the PSL a much tougher challenge than New Zealand‚ but strikers with a clinical touch in the six-yard box are a rarity in the local league.